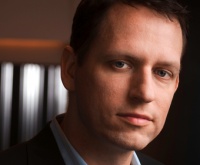 A source said Peter Thiel's Clarium Capital hedge fund continues to struggle navigating through the current economic environment. Source indicates the hedge fund was down another 4.5% in August and down 8.3% YTD.

The source says the normally cool-as-a-cucumber Thiel was seen screaming at Clarium's Managing Director Jack Selby a few days ago. The source referenced the move to New York from San Francisco as the "jinx" that was the possible catalyst for the decline.

Clarium is an investment management firm pursuing a global macro strategy with offices in New York and San Francisco. Peter Thiel co-founded PayPal and was an early investor in Facebook.