Apple (AAPL) Gives Up the Ghost 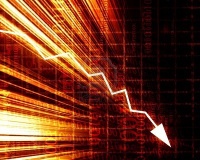 After tapping a new all-time high of $683.29 earlier, Apple Inc. (NASDAQ: AAPL) is now giving up the ghost.

Shares are down 2 percent to $666.84 mid-day and trader Doug Kass notes it broke below its 10-day moving average. He said he is short PowerShares QQQ (NASDAQ: QQQ) as a result, since Apple is the "core" of the index.

@DougKass:
Apple, the "core" of the Nasdaq Index, has just broken its ten day moving average. I am short $QQQ

Notably, the iPhone 5 announcement date of September 12th is fast around the corner. This could be an early "buy the rumor, sell the news" reaction to the event.

Also contributing to the downside is an earlier report that HTC could seek a ban of the iPhone 5 due to its 4G LTE patents.