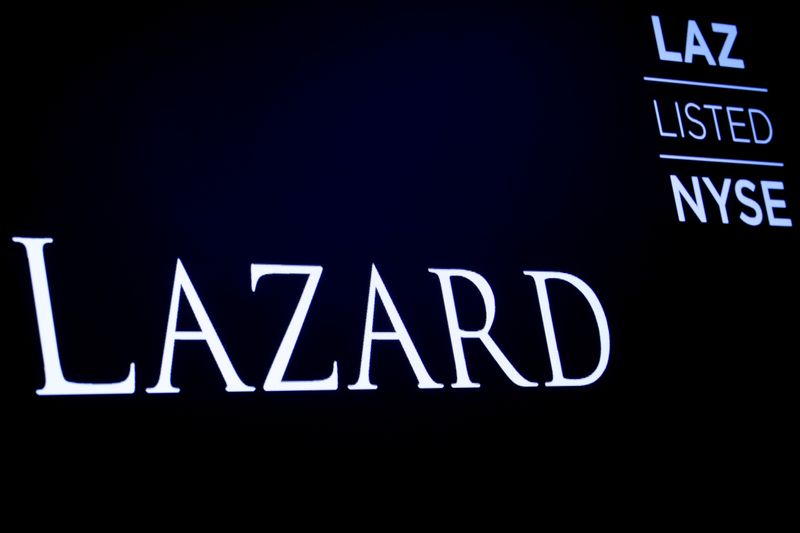 FILE PHOTO: The logo and trading information for Lazard Ltd appear on a screen on the floor at the New York Stock Exchange (NYSE) in New York, U.S., April 24, 2019. REUTERS/Brendan McDermid

(Reuters) - Two special purpose acquisition companies (SPACs) backed by investment bank Lazard Ltd are aiming to raise as much as $500 million in initial public offerings, according to regulatory filings on Monday.

In January, another SPAC backed by the investment bank said it aimed to raise $500 million in a U.S. IPO, with an eye on the healthcare, technology, energy transition, financial and consumer sectors.

SPACs are shell firms that have no business operations but are still listed. Their sole purpose is to use capital from an IPO to merge with a private firm, allowing them to go public with lesser regulatory scrutiny.

However, a surge in the number of such blank-check firms over the last year has prompted concerns of a bubble. The Defiance Next Gen SPAC Derived ETF, an exchange-traded fund (ETF) that tracks SPACs, fell 16% from a year high in mid-February as of its last close.

Goldman Sachs is the sole underwriter for both offerings.