HireRight (HRT) IPO: 9 Things to Know About the Upcoming Offering 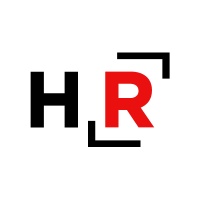 HireRight (NYSE: HRT), a background screening and identity verification services company, is due to go public this week. Here are 9 key things to know about the upcoming HRT IPO.

4. HireRight IPO Valuation - HireRight is seeking a valuation of between $1.66 billion and $1.9 billion.

5. HRT IPO Raised Proceeds: At the midpoint of the pricing range, HireRight is looking to raise $500 million. The company intends to use raised proceeds for general business purposes.

7. HireRight Financials - HireRight recorded sales of $326.5 million million for the first six months this year, as well as a net loss of $15.6 million and adjusted EBITDA of $65.3 million.

8. HireRight TAM - According to Allied Market Research, the global background screening services market is expected to be $5.1 billion in total revenue in 2021. This market is projected to grow at a compound annual growth rate (CAGR) of approximately 9% to reach $7.6 billion in 2026.

9. HireRight Ownership - Following the offering, General Atlantic will own approximately 37.4% of the common stock, while Stone Point Capital will own 20.8%.