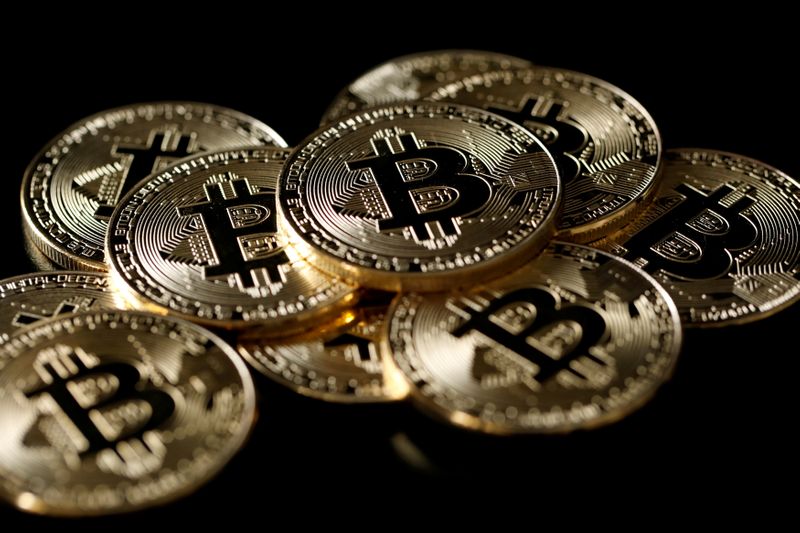 By Joshua Franklin and Anirban Sen

(Reuters) - Coinbase, the biggest U.S. cryptocurrency exchange, moved a step closer to listing on the Nasdaq with a filing on Thursday to go public, revealing that it had swung into profit last year as bitcoin surged.

Approval from the U.S. Securities and Exchange Commission for a listing would represent a landmark victory for cryptocurrency advocates, vying for mainstream endorsement for a sector which has struggled to win the trust of mainstream investors, regulators and the general public.

It would pave the way for the highest-profile share listing of a company whose business is primarily focused around the trading of cryptocurrencies, and could also be seen as a tacit regulatory approval of assets traded on its platform.

In December, Coinbase shut down trading in the XRP cryptocurrency, after the SEC charged associated blockchain firm Ripple with conducting an unregistered securities offering.

The price of bitcoin, the world's biggest cryptocurrency ended 2020 up more than 300% and earlier this month hit a record high of $58,354 with a market capitalization above $1 trillion.

Bitcoin has come off its recent highs this week as investors grew nervous at sky-high valuations.

The filing provides the first detailed look at Coinbase's finances since the San Francisco-based company was founded in 2012.

In the filing, Coinbase, which was valued at more than $8 billion in its last private fundraising round in 2018, did not disclose the date when it plans to list shares on Nasdaq. It also did not disclose the price at which its stock has been trading of late in private markets. This will serve as a pricing benchmark when it goes public on Nasdaq.

Coinbase is eschewing a traditional initial public offering where a company raises money by selling new shares, opting instead to go public through a direct listing where no new stock is sold and existing shareholders can sell stock.

It is among the most well-known cryptocurrency platforms globally, with more than 43 million users in more than 100 countries.

The New York Stock Exchange, BBVA and ex-Citigroup Inc chief executive Vikram Pandit are among those that have invested in Coinbase.

Coinbase said in December that it had confidentially applied with the U.S. Securities and Exchange Commission (SEC) to go public. Reuters reported in July that Coinbase started plans for a stock-market listing.

(Reporting by Joshua Franklin in Miami and Anirban Sen in Bengaluru; Editing by Bernard Orr and Peter Graff)