7 Things to Know About the Upcoming IsoPlexis (ISO) IPO 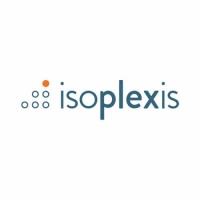 IsoPlexis Corporation's (NYSE: ISO), which sells single-cell analysis platform to researchers around the globe, stock is due to go public later this week. Here are 7 key things to know about the upcoming IsoPlexis IPO.

1) IsoPlexis IPO Date - Isoplex is due to go public on October 08. Isoplex will start trading under the ticker symbol âISOâ on the Nasdaq stock exchange. Generally, shares that make their public stock market debuts start trading between 10 AM - 2 PM ET.

5) IsoPlexis IPO Raised Proceeds: At the midpoint of the pricing range, ISO is looking to raise $133.8 million. Isoplex plans to use the raised proceeds for general business purposes.

7) ISO Financials - Isoplex reported it sold 150 single-cell analysts systems worldwide as of June 30 this year. Revenue for the first six months of the year was $7.5 million, more than double compared to $3.7 million in the same period last year. The company generated a net loss of $36.1 million in H1 2021.