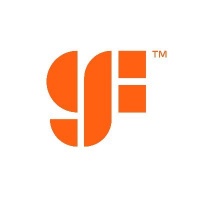 GLOBALFOUNDRIES Inc. (NASDAQ: GFS) is set to launch its U.S. IPO next week. GLOBALFOUNDRIES is a one of the worldâs leading semiconductor foundries, manufacturing complex, feature-rich integrated circuits (ICs) that enable billions of electronic devices that are pervasive throughout nearly every sector of the global economy. Below are 7 important facts to focus on into the IPO:

2. GLOBALFOUNDRIES IPO Price: The company anticipates the initial public offering price to be between $42.00 and $47.00.

4. GLOBALFOUNDRIES IPO Valuation: A pricing at the midpoint of the range would value the company at around $23.8 billion.

7. Total Addressable Market (TAM): The total addressable market (TAM) for the overall semiconductor device market was estimated at $466 billion in 2020, while the TAM for the foundry market, excluding memory, was $74 billion. Of this total, the company estimates that its SAM represented $54 billion, which included $22 billion for Smart Mobile Devices, $18 billion for Home and Industrial IoT, $9 billion for Communications Infrastructure & Datacenter, $4 billion for Automotive and $1 billion for Personal Computing opportunities.