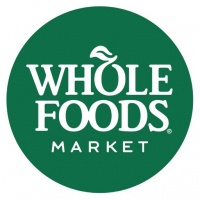 Is Amazon (NASDAQ: AMZN) worried about a bidding war for Whole Foods Market (NYSE: WFM)? While that would seem improbable at first glance, body language from the companies suggests it is a possibility they fear.

While some analysts have been speculating that this could be the case following this morning's news, M&A professionals also point out some strange goings-on. For one, the companies didn't host a conference call about the merger - which is strange for a deal this size and with this much transformational impact. Also, both companies are being tight-lipped about deal particulars, with no M&A or legal advisors mentioned in today's press release.

Also, the deal was not part of a process to sell the company, rather is relying on the opinion of Whole Food's outside financial advisor, Evercore Group.

The Company has not employed any broker or finder or incurred any liability for any brokerage fees, commissions or finder's fees in connection with the Merger or the other transactions contemplated in this Agreement, except that the Company has employed Evercore Group L.L.C. as its outside financial advisor.

For a company under activist pressure, as Whole Food was with JANA, this may not sit well with the hedge fund or other investors.

While the $42 per share deal came at a hefty premium to yesterday's closing price, it is still well below the all-time high of about $65 in 2013.

The deal comes with a break-up fee of $400 million if Whole Foods gets a better bid, which is a standard percent of deal price according to sources.

So who else could and would buy Whole Foods?

Meanwhile, Barclays analyst Karen Short upgraded shares of Whole Foods this afternoon saying they would not be surprised if there is a bidding war for the company. She set a price target of $48 off the possibility, or $6 above the deal price.

Short said a strategic retail bidder would generate up to $600M in synergies. She also said the takeout premium is not overly commanding, the downside is limited given little regulatory risk that would prevent a AMZN/WFM deal from being consummated, and the upside is $57. She sees Walmart, Target and Kroger as potential bidders, to name a few.