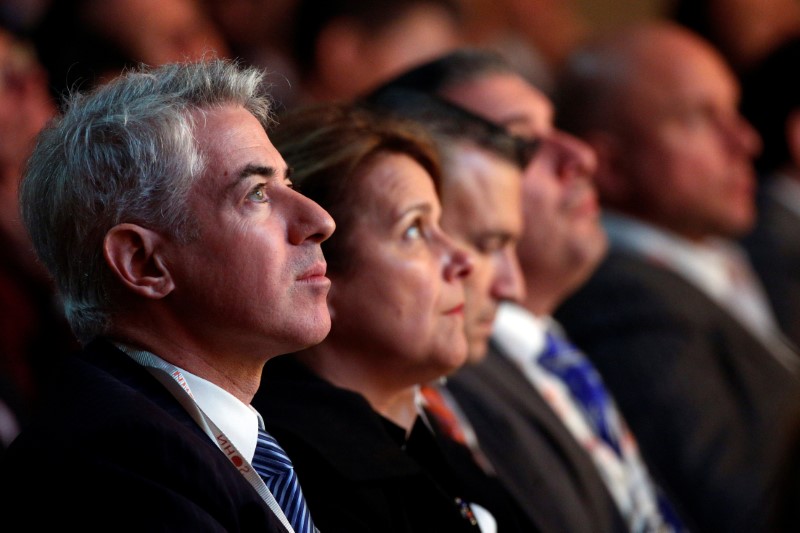 Known for making big, concentrated bets on stocks and agitating for them publicly, Pershing Square will offer starting Jan. 1 a new share class to existing and future clients in which it will not charge any performance fee on gains less than 5 percent; after that, the performance fee will be 30 percent.

Current investors are being offered a one-time chance to opt into the new cost scheme. The new share class is in response to requests from existing clients, including a large pension fund, according to a person familiar with the situation.

Investors have the option to stay with the old system, where the fund charges 20 percent on all positive returns, long the industry standard. The firm will continue to charge a 1.5 percent management fee for all share classes, and clients are not charged performance fees for investment gains below previous losses on their capital, a so-called high-water mark.

The math works out so that investors in the new share class will get a fee break should Pershing Square gain less than 15 percent but face increased costs above that. Pershing Square has averaged gains of about 15 percent net of fees since inception in 2004.

The issue is moot for now: The firm's flagship Pershing Square International Ltd fund is down 17.4 percent this year through Oct. 11, according to private performance information seen by Reuters. The same fund fell 16.6 percent in 2015 due to losing bets on pharmaceutical firm Valeant (NYSE: VRX) and dietary supplements maker Herbalife (NYSE: HLF).

Pershing Square also told clients in the letter that they could invest additional money with the firm that would be subject to the existing high-water mark. In other words, clients will not pay any performance fees on new capital until Pershing Square recovers from its previous losses.

"We would like to extend an opportunity to our existing investors who have remained committed to Pershing Square during the most challenging performance period in the history of our firm," the letter said.

Ackman is suffering a stark reversal after being the toast of Wall Street in 2014 when he notched up a 37.2 percent gain in his International fund, among the best performances in the industry.

âI think itâs fair,â said Haynes-Dale, who is not a client. âItâs a greater alignment of interests for investors.â

But Jacob Walthour, chief executive officer of Blueprint Capital Advisors, which works with institutional investors to invest in hedge funds, criticized the move.

He said it wasn't fair to charge an even higher fee on gains over 5 percent given the losses that Ackman has clocked up.

"This is like driving a car the wrong way down a one way street," Walthour said. Industrywide "incentive fees are headed toward 10 percent with the addition of hurdles, not 30."

"Raising fees at any level of return is unacceptable when you think of the financial condition of our nationâs pension funds," he added. "The greed and arrogance in this industry just never ceases to amaze me."

While "2 and 20" has long been seen as the industry norm in reference to management and performance fee percentages, the actual numbers are falling as hedge funds around the world cut fees to retain investors amid weak returns.

The average annual management fee has declined to 1.39 percent from 1.44 in 2015 and 1.68 about a decade ago, according to the data from industry monitor Eurekahedge. Funds have also cut performance fees, from an average of 18.77 percent in 2007 to 16.69 percent today.