Oceana Canada releases findings of a season-long investigation; calls on Transport Canada for a mandatory slowdown in the Cabot Strait

OTTAWA, Feb. 22, 2021 (GLOBE NEWSWIRE) -- On the heels of the Government of Canada announcing its 2021 measures to protect North Atlantic right whales, Oceana Canada today released a report that reveals the trial voluntary vessel slowdown put in place by Transport CanadaÂ last yearÂ to protect themÂ from deadly strikes â one of the biggest threats to the survival of these critically endangered whales â was ignored by two-thirds of vessels travelling through the Cabot Strait. Despite persistent non-compliance â and Oceana Canada sharing its findings with Transport Canada throughout 2020 â the measure will remain voluntary in 2021.

At least 33 North Atlantic right whales have died since 2017, 21 of them in busy Canadian waters. Of the ten deaths in Canada for which there was a known cause, eight were related to vessel strikes.

The report, The Edge of Extinction, outlines the plight of one of the most endangered marine mammals on the planet, with only aboutÂ 360 North Atlantic right whales left, and highlights steps the federal government must take to protect the remaining few and help ensure the speciesâ survival.

âNorth Atlantic right whales are in crisis. Without stronger management measures to mitigate the threats they face, they will not survive. We are disappointed the measures do not do more to protect them from vessel strikes,â said Kim Elmslie, campaign director, Oceana Canada. âWe know that slower speeds can help save right whales: the slower the vessel, the higher the likelihood of a whale surviving a collision. We also know that voluntary slowdowns are not working. The government must do everything possible to protect these whales, including putting in place a mandatory, season-long slowdown in the Cabot Strait.â

Using Global Fishing Watch data, Oceana Canada monitored vessel speeds during the two trial slowdown periods put in place by Transport Canada, from April 28 to June 15 and October 1 to November 15. During this time, vessels longer than 13 metres were asked to slow down to 10 knots. Oceana Canada found that two-thirds of vessel transits (1,055 out of 1,565) exceeded 10 knots. Additionally, more than 40 per cent exceeded 12 knots, significantly increasing the risk of killing a right whale. Recent studies have shown that even smaller vessel strikes can be fatal, too.

The busy Cabot Strait between Nova Scotia and Newfoundland is the primary gateway to the Gulf of St. Lawrence, the St. Lawrence River and major ports such as the Port of Montreal. Recent acoustic data has found that right whales enter and exit the Gulf of St. Lawrence multiple times, travelling through the Strait to spend the summer feeding in the Gulf. This includes slow-moving mothers and their newborn calves, which are especially susceptible to vessel strikes because they spend more time near the surface to rest, feed and socialize.

âIf the government implements stronger protection measures now, it is still possible to turn the tide and change their fate to recovery â the new measures for 2021 announced this month need to go further,â said Elmslie.

Oceana Canada is calling on Transport Canada and Fisheries and Oceans Canada to take the following actions:

OceanaÂ Canada was established as an independent charity in 2015 and is part of the largest international advocacy group dedicated solely to ocean conservation. Oceana Canada has successfully campaigned to end the shark fin trade, make rebuilding depleted fish populations the law, improve the way fisheries are managed and protect marine habitat. We work with civil society, academics, fishers, IndigenousÂ PeoplesÂ and the federal government to return Canadaâs formerly vibrant oceans to health and abundance. By restoring Canadaâs oceans, we can strengthen our communities, reap greater economic and nutritionalÂ benefitsÂ and protect our future.

Photos accompanying this announcement are available at: 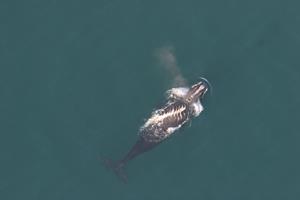 Right whale #3853 with a series of fresh propeller wounds running across its back. Vessel collisions are a leading cause of right whale mortality. -- Copyright: EcoHealth Alliance.
Vessel Strikes 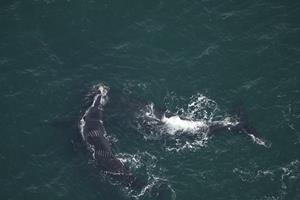 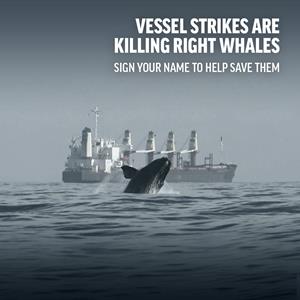 The Edge of Extinction - new report from Oceana Canada about the plight of North Atlantic right whales
Source: Oceana Canada