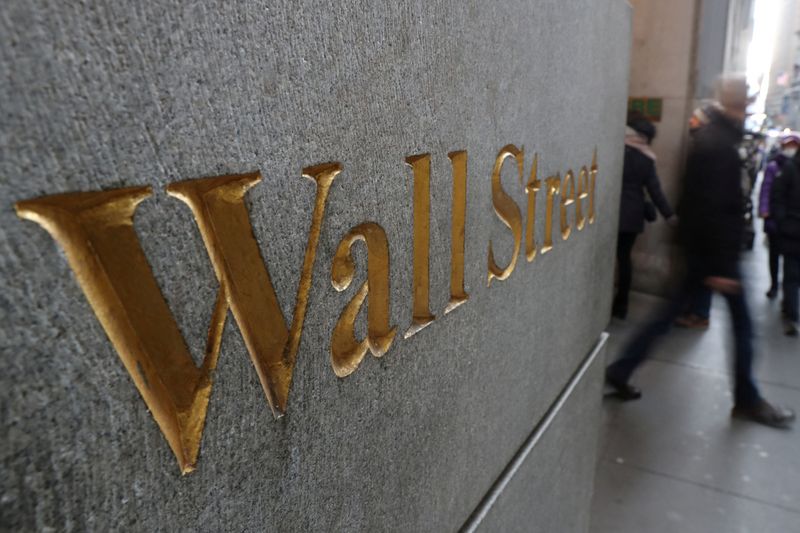 By Caroline Valetkevitch and Chuck Mikolajczak

NEW YORK (Reuters) - As the small cap Russell 2000 hovers near bear market territory, some strategists are optimistic the index and U.S. stock market may be close to a bottom for the recent sell-off.

The Russell index of small capitalization stocks, often the most volatile of the major U.S. stock indexes, has led the way down in the recent market selloff. The index has been in an almost steady decline since hitting a record closing high on Nov. 8, while the S&P 500 last hit a record high close on Jan. 3.

As of Tuesday's close, the Russell was down 18% from its record close, and the S&P 500 is off about 9% from its closing all-time high. A close of 20% or more below a record high close confirms an index is in a bear market, while a close of 10% below a record confirms a correction, according to a widely used definition.

"It's been a bloodbath for small caps," said Steven DeSanctis, a small and mid-cap equity strategist at Jefferies. "The average small cap stock is down about 40% from its 52-week high."

While the market's lows may not yet be in, "this is part of the bottoming-out process," he said, and small caps are "kind of the canary in the coal mine."

Stocks were bouncing in early trading Wednesday. To be sure, with ongoing rate hike worries and fourth-quarter earnings season still in full swing, many investors remain cautious that the sell-off has further to go.

Investors have been spooked in recent months by spiking inflation and growing expectations the U.S. Federal Reserve will tighten monetary policy even more aggressively than the market has been bracing for.

The Fed is due to release a statement later Wednesday following its two-day policy meeting, and Fed Chair Jerome Powell will hold a news conference. Adding to this week's tensions, NATO put forces on standby and the United States put troops on heightened alert in response to a buildup of Russian forces along Ukraine's border.

Because they are more volatile than large caps, small caps often see bigger swings during periods of strong up moves and also in fast market downswings.

With the Russell, investors seem to be pricing in a recession, but that's not likely to happen, DeSanctis said. For these stocks, "valuations are getting a lot cheaper. Earnings are holding up. I can't see it getting a lot worse from where we are today," he said.

In intraday trading Monday, the Russell fell below the critical 20% level from its November record closing high, before a late-day reversal helped the index to close up 2.3% on the day. It has yet to end 20% below its closing record.

Some strategists said hitting those low levels early in the session - especially in the Russell 2000 - may have triggered some buy signals.

"There's still a lot of cash on the sidelines, so people with cash are especially attuned to a time period like this," said Jake Dollarhide, chief executive officer of Longbow Asset Management in Tulsa, Oklahoma. The move in the Russell 2000, he said, "might have been a bigger indicator than anything."

Small caps may be looking especially attractive as prices have fallen.

The forward price-to-earnings ratio for the Russell 2000 is now at 22.1, down from 28.1 in early November, according to Refinitiv data. By comparison, the S&P 500's forward P/E ratio of 19.7 is down slightly from 21.8 in the beginning of November.

Jill Carey Hall, equity & quant strategist at BofA Securities in New York, wrote in a note this week that with the Russell 2000's big drop from its November highs, "most of the worst could be behind us," and says investors should "stick with small."