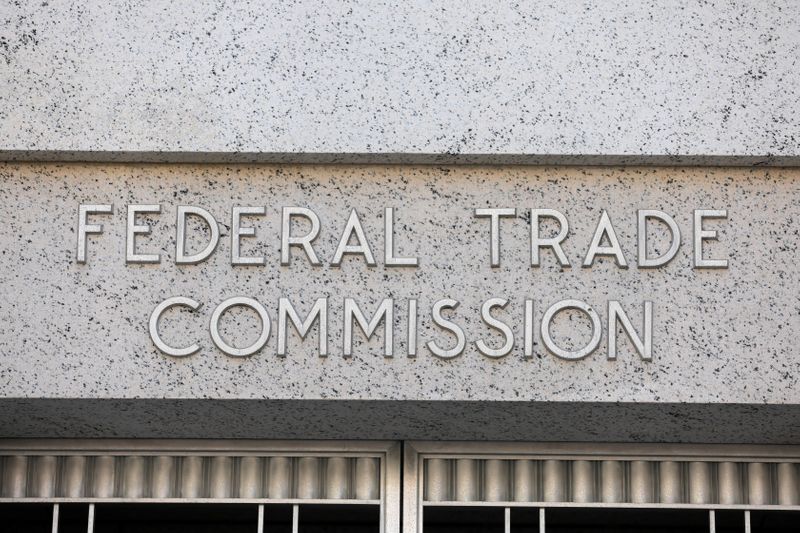 WASHINGTON (Reuters) - The Federal Trade Commission and the Justice Department's Antitrust Division, which determine if mergers are legal, will temporarily suspend the practice of granting early terminations for mergers, the agency said Thursday.

With the changeover to President Joe Biden's administration and a jump in the number of merger filings, the FTC said the two antitrust regulators will review "processes and procedures" used to grant early termination.

The agency said in a statement that it anticipated that the suspension would be "brief" and noted a similar suspension in March 2020.

"The law provides 30 days for the agencies to review the competitive implications of transactions. Given the confluence of an historically unprecedented volume of filings during a leadership transition amid a pandemic, we will presume we need those 30 days to ensure we are doing right by competition and consumers," said Rebecca Slaughter, acting chairwoman for the FTC.

Under merger law, transactions over a certain size must be reported to the government, which allows many to go forward quickly under what is called "early termination." More complicated or more controversial deals trigger a "second request," or a demand for documents about the proposed transactions.

"It's definitely a big deal if you have a deal that you want to close," said William Stallings of the law firm Mayer Brown, noting that most deals that received early termination, perhaps after a week, posed no antitrust concern at all. "If you are working on a deal, deal certainty is very, very important and this means that you have to leave the deal open for the full 30 days."

Two Republican commissioners, Noah Phillips and Christine Wilson, vehemently disagreed with the suspension, noting that previous presidential transitions or other upheavals did not lead to a suspension of early terminations.