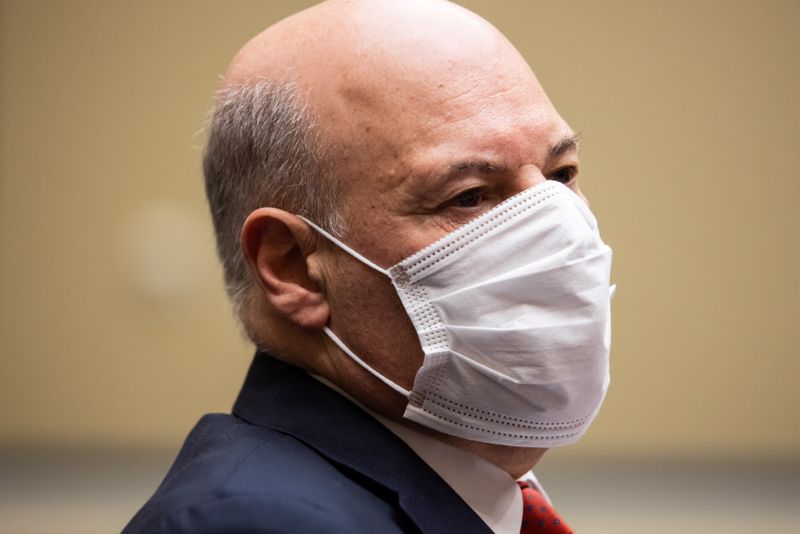 "I would suggest that we are on a death spiral," DeJoy a U.S. House committee in February. At a separate March 11 congressional hearing, DeJoy signaled some changes, including acknowledging his plan would revise existing service standards.

The current delivery standards are "not achievable," DeJoy said. "We cannot go to California from New York in three days without going on planes and we don't own planes."

A USPS spokesman declined to comment on the timing of the plan's release.

DeJoy has apologized for "extreme delays" in some mail deliveries.

The "break-even" reorganization plan would keep existing six-day delivery and would not close rural or small post offices, DeJoy said, adding: "Our plan will have some big numbers investing into the organization and workforce -- approaching $40 billion. It's spurring innovation for growth."

USPS faces shrinking volumes of first-class mail, increased costs of employee compensation and benefits, and higher unfunded liabilities along with $160 billion in projected losses over the next decade. Congress gave USPS a $10 billion loan last year to address COVID-19 expenses that it opted to forgive.

USPS reported net losses of $86.7 billion from 2007 through 2020. One reason is 2006 legislation mandating that it pre-fund more than $120 billion in retiree health care and pension liabilities, a requirement labor unions have called an unfair burden not shared by other businesses.