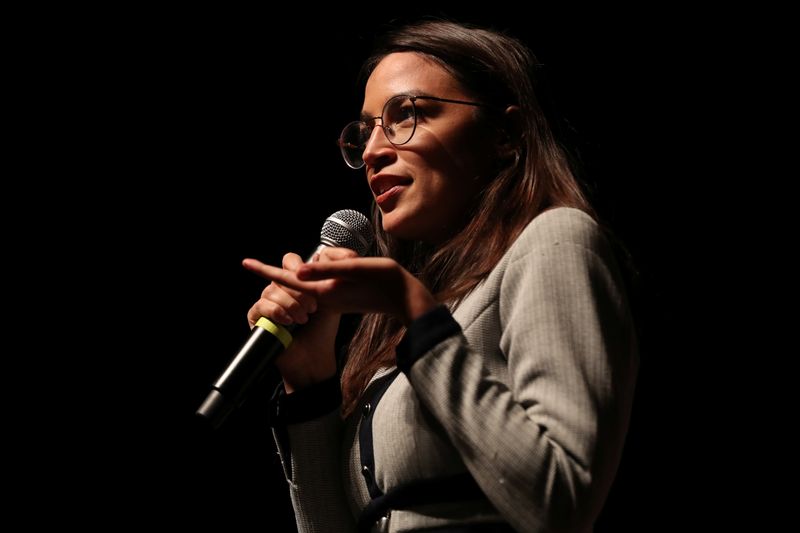 Democratic Representatives Andy Levin and Alexandria Ocasio-Cortez released legislation dubbed the "EV Freedom Act" to create a network of high-speed charging stations within five years along the public roads of the national highway system in the United States at a U.S. Capitol press conference.

Levin represents a suburban Detroit district that includes many autoworkers, while Ocasio-Cortez of New York helped unveil the "Green New Deal" earlier this year to transition the U.S. economy away from fossil fuels. The effort is backed by environmental groups and the United Auto Workers union.

"There is just no way that we will get to broad scale adoption of electric vehicles until we crush range anxiety and then it will happen precipitously," Levin told Reuters.

Levin said creating a new fleet of charging stations nationwide will be expensive but will create good paying jobs.

A separate bill introduced this week by Representative Yvette Clark and others would focus on increasing access to EV charging stations in low-income and disadvantaged communities.

Many lawmakers back EVs in part to reduce vehicle emissions to ensure cleaner air especially in urban areas with higher rates of asthma in children.

Democrats running for U.S. president have pledged to spend billions of dollars on new charging stations.

Many Democratic candidates have called for eliminating or largely phasing out gasoline-powered vehicles by 2030 or 2035 and back significant rebates to vehicle owners for scrapping polluting vehicles and shifting to electric vehicles.

Former New York Mayor Mike Bloomberg would require all new cars by 2035 be electric and would build a highway charging network with the goal of a station every 50 miles (80 km).

Republican President Donald Trump opposed efforts in Congress last year to expand a $7,500 tax credit for electric vehicles and has called for eliminating it.