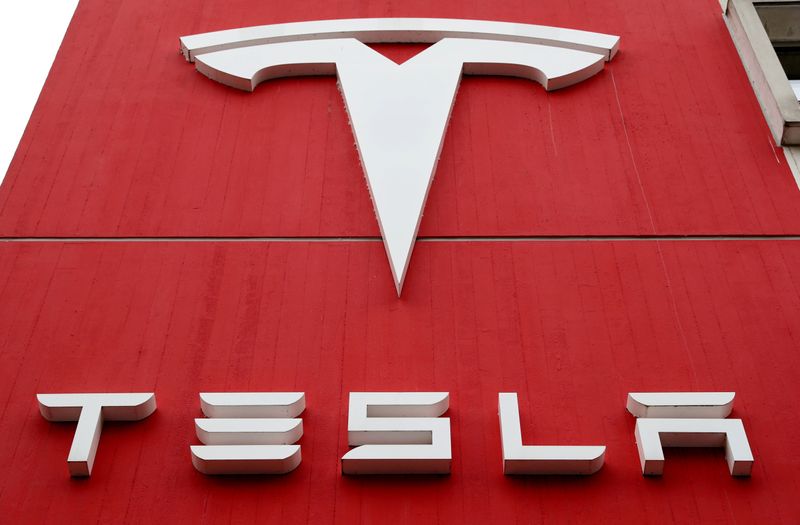 FILE PHOTO: The logo of car manufacturer Tesla is seen at a branch office in Bern, Switzerland October 28, 2020. REUTERS/Arnd Wiegmann

Consumer Reports said the usage potentially undermines the safety benefits of driver monitoring, which is to alert drivers when they are not paying attention to the road. (https://bit.ly/3d2hI1u)

"If Tesla has the ability to determine if the driver isn't paying attention, it needs to warn the driver in the moment, like other automakers already do," said Jake Fisher, senior director of Consumer Reports' auto test center.

Automakers such as Ford Motor and General Motors, whose monitoring systems do not record or transmit data or video, use infrared technology to identify drivers' eye movements or head position to warn them if they are exhibiting signs of impairment or distraction, the magazine said.

Tesla did not immediately respond to a Reuters request for comment.

The Palo Alto, California-based carmaker's internal cameras are also a point of contention in China, where the military banned Tesla cars from entering its complexes, citing security concerns.

Tesla Chief Executive Officer Elon Musk said last week his company would be shut down if its cars were used to spy.

(Reporting by Akanksha Rana and Munsif Vengattil in Bengaluru; Editing by Aditya Soni)