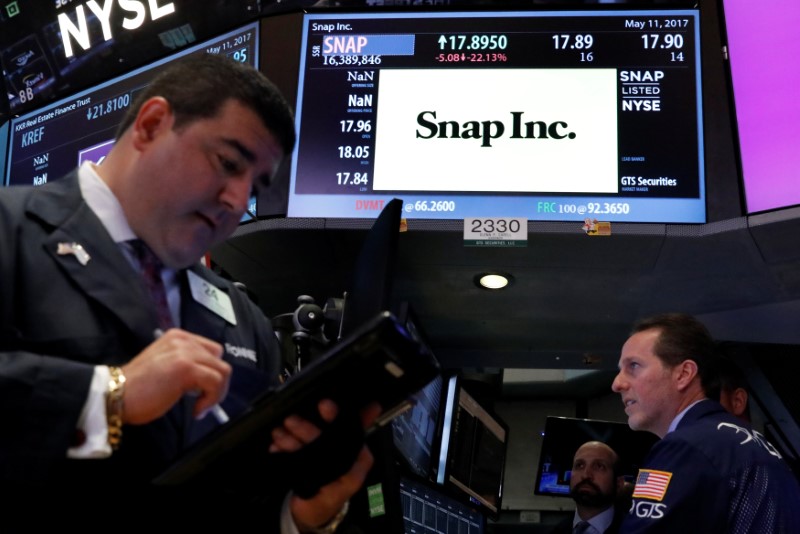 Specialist traders work at the post where Snap Inc. is traded on the floor of the New York Stock Exchange (NYSE) in New York, U.S., May 11, 2017. REUTERS/Brendan McDermid

By Noel Randewich and Trevor Hunnicutt

The filings provided the first definitive snapshot of who bought Snap shares when it went public in early March. Its stock had plummeted 23 percent late on Wednesday after its debut quarterly earnings report disappointed investors.

Snap's high valuation, lack of profitability and slowing user growth have made it a controversial stock on Wall Street. Its IPO was the hottest technology offering since Facebook's in 2012.

Most of the long position was assigned to the company's asset management subsidiary, while the other positions are held by one of its broker-dealer subsidiaries. Goldman was a lead underwriter on the Snap IPO.

Coatue declined to comment, while the other three companies did not immediately respond to a request for comment.

The disclosures to the U.S. Securities and Exchange Commission, in what are known as 13F filings, offer clues on what big investors are selling and buying, but give no indication of their current stakes.