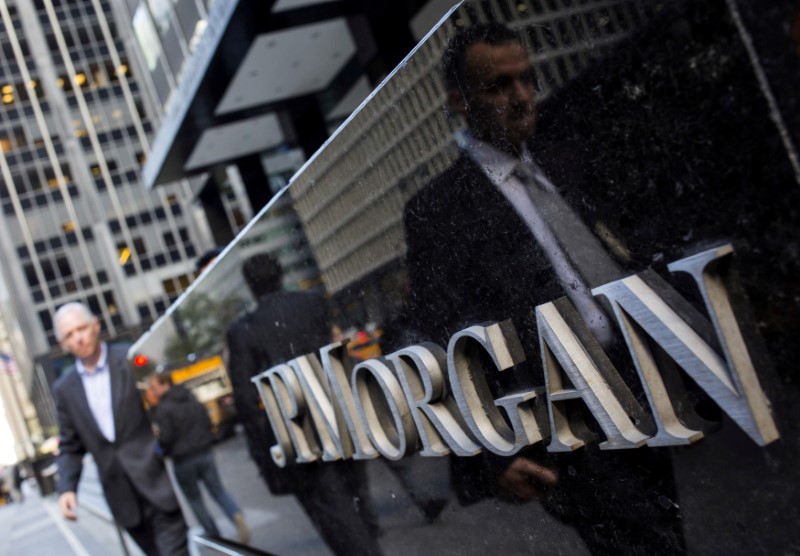 (Reuters) - Shares in the biggest U.S. banks rose on Thursday after they revealed buyback and dividend plans that topped analyst expectations after the Federal Reserve approved capital proposals in its annual stress test program.

The S&P 500 Bank sector index <.SPXBK> rose as much as 3 percent to its highest point since March 17 and was last up 1.3 percent. Regions Financial (NYSE: RF) was the biggest percentage gainer of the 34 banks involved in the stress tests with a 3 percent jump.

A total shareholder payout estimate of $132 billion compared with expectations for $120 billion from Barclays analyst Jonathan Goldberg including the 22 banks his firm covers.

"Generally speaking there were high expectations and they came in above that," said Barclay's Goldberg.

JPMorgan Chase & Co's (NYSE: JPM) buyback alone is around the same amount as the gross domestic product of Iceland or the entire market value of KeyCorp (NYSE: KEY), Goldberg noted.

Capital One Financial Corp (NYSE: COF) was one of nine companies whose shares fell on Thursday after the Fed said it must resubmit its scheme by year-end, though it can go ahead with its capital plan in the meantime. Its shares were down 2.9 percent.

The stress test showed that many of the banks involved have not only built up adequate capital buffers but also improved risk management, the Fed said late on Wednesday.

The approval was a victory for the industry, which has worked to regain its stature since the 2007-2009 financial crisis, and marked the first time since the crisis that banks could pay out as much as they report in annual profits.

Except Goldman Sachs, all big U.S. banks announced share buyback programs and raised dividends. Both RBC and Barclays included their estimates for Goldman payouts in their tallies.