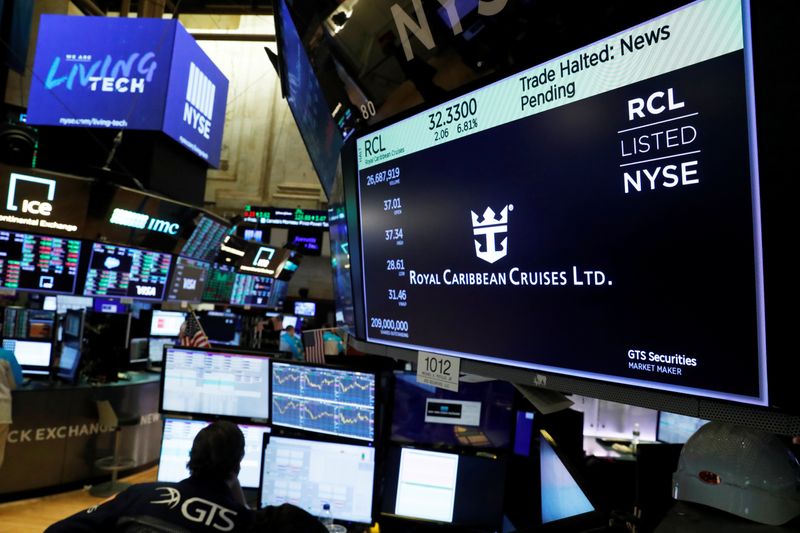 (Reuters) - Royal Caribbean Group said on Monday it was seeing an uptick in future bookings, following a disastrous year for the cruise operator, as travel enthusiasts look to sail again at a time governments globally have started mass vaccinations.

The company's shares, down 44% last year, soared 9% in morning trading, as Royal Caribbean said it recorded a 30% increase in new bookings since the beginning of the year when compared to November and December.

Analysts have also tipped Royal Caribbean and its peers Carnival Corp and Norwegian Cruise Line Holdings Ltd to resume voyages gradually in the back half of this year, after the pandemic-triggered months-long halt.

"Now after 11 months of pandemic, I think we all know that COVID fatigue is real. People are clamoring for the opportunity to have experience outside their homes," Chief Executive Officer Richard Fain said on an earnings call.

Royal Caribbean said bookings for the first half of 2022 were within historical ranges and at higher prices, with some on Reddit and Twitter saying they were itching to go on cruises again.

However, the operator of "Symphony of the Seas" cruise posted a net attributable loss of $1.37 billion for the quarter ended Dec. 31, taking its annual loss to $5.8 billion.

Royal Caribbean's total revenue for the quarter was $34.1 million, compared with analysts' estimates of $35.6 million, according to IBES data from Refinitiv.

Miami-based Royal Caribbean forecast a net loss for its first quarter and the 2021 fiscal year.

(Reporting by Praveen Paramasivam in Bengaluru; Editing by Shounak Dasgupta)