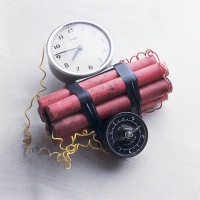 The SEC and FINRA are investigating conduct by Wall Street investment banks, which bet against securities which they created ahead of the implosion of the housing market, according to reports from the New York Times.

The investigations are surrounding the sale and trading of collateralized debt obligations (C.D.O's), a complex type of security that was intended to protect banks from huge losses if the housing market collapsed.

Goldman Sachs Group (NYSE: GS), Morgan Stanley (NYSE: MS), Deutsche Bank and others created large numbers of these securities prior to the recession selling them as stable investments for pension funds and insurance companies who ended up losing billions on the securities.

Regulators are investigating this practice to see if the banks knowingly selected mortgage linked assets that had a high risk of failure, in turn setting up their clients to suffer losses when the housing market went under.

Banks like Goldman were the ones who created and sold these securities and then turned around and bet against the clients that they sold them to. Some of the securities that were created by Goldman were so weak that they failed within months of being created.

Goldman turned to using the C.D.O.'s to place sizable negative bets against the securities placing them at odds with the interests of its own clients.

Spokesman for Goldman, Michael DuVally said the at the securities were created to satisfy the demand for the product by clients. DuVally said that his bank's clients saw the C.D.O.'s as solid investments under the umbrella of a stable housing market. He added that the firm's clients were aware that the bank would possibly be betting against the failure of the securities.

The C.D.O.'s are seen as a having made the financial crisis worse than it would have been by multiplying losses with more securities to bet against.

The investigations by the SEC are in the early phases.