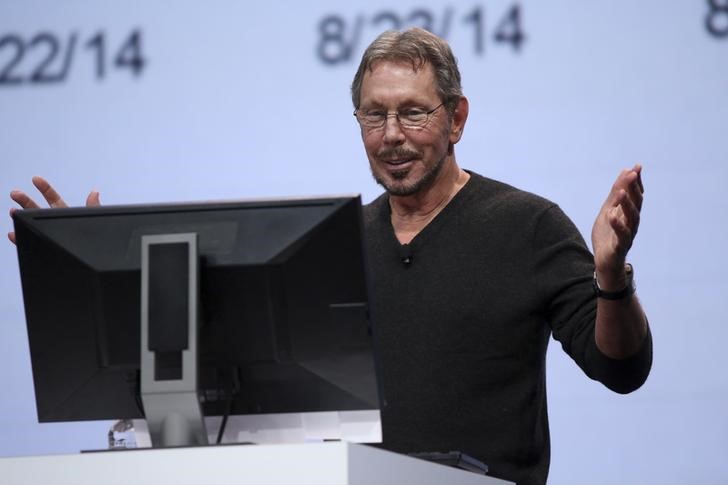 Oracle (NYSE: ORCL) Co-Founder and Chairman, Larry Ellison, was in the news today after just disclosed texts with Tesla (NASDAQ: TSLA) CEO Elon Musk revealed he had nonchalantly offered to put in $1 billion to help fund the takeover of Twitter (NASDAQ: TWTR), but later Musk asked him to put in $2 billion or more into the deal, which Ellison appeared interested in doing.

On April 20, 2022, Musk asks Ellison via text if he has any interest in participating in the Twitter deal. "Yes...of course," Ellison responded with a thumbs-up emoji.

Musk then asks how much he wants to put in.

"Roughly what dollar size?" Musk asks. "Not holding you to anything, but the deal is oversubscribed, so I have to reduce or kick out some participants."

Ellison responds: "A billion...or whatever you recommend."

Musk then suggests Ellison put in $2 billion or more.

"Whatever works for you. I’d recommend maybe $2B or more," Musk texts." This has very high potential and I’d rather have you than anyone else."

"I agree that it has huge potential... and it would be lots of fun," Ellison responds.

Just a few days after this conversation, Musk entered into a definitive agreement to acquire Twitter for $54.20 per share, or approximately $44 billion. He later backed out of the deal citing Twitter's massive bot problem. The two sides are now battling it out in court.

Ellison is a past Tesla board member and has made billions investing in Tesla stock.