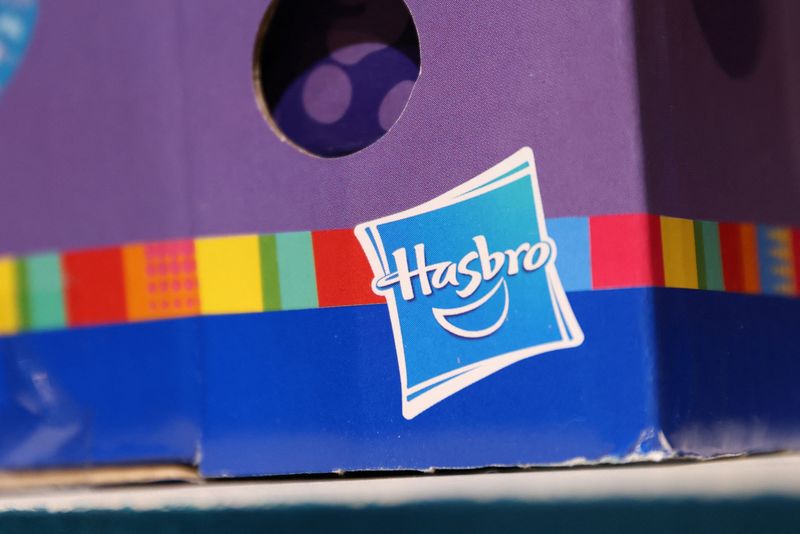 FILE PHOTO: The Hasbro, Inc. logo is seen on a toy for sale in a store in Manhattan, New York, U.S., November 16, 2021. REUTERS/Andrew Kelly

(Reuters) -Hasbro Inc on Wednesday promoted the head of its digital gaming division as the toymaker's next chief executive officer, following the death of Brian Goldner in October.

Cocks, who joined the company in 2016 from Microsoft, is currently president and operating chief of its Wizards of the Coast and Digital Gaming division, which makes the "Dungeons and Dragons" and "Magic: The Gathering" games.

Under his watch, the division doubled its revenue to surpass $1 billion in 2021, as the company focused on boosting digital offerings of its popular games, creating new ones and overseeing digital licensing for the entire business.

Last year, Hasbro restructured its business into three divisions to transform into a "global play and digital entertainment company" rather than just a toymaker.

At Microsoft, Cocks served in product management and marketing leadership positions at MSN and Xbox, working on hit franchises like "Halo" and "Fable", Hasbro said in a statement.

The 48-year old will take over as chief of the Nerf and Power Rangers toymaker on Feb. 25, replacing interim CEO Rich Stoddart, who will become chairman of the board.

Hasbro said it expects to name a new president for Wizards of the Coast in the coming weeks.

On Wednesday, the company also named Eric Nyman, who has been with Hasbro for almost two decades, as its chief operating officer.

Hasbro shares rose 1.6% in aftermarket trading on Wednesday. The stock has risen about 9% in 2021.