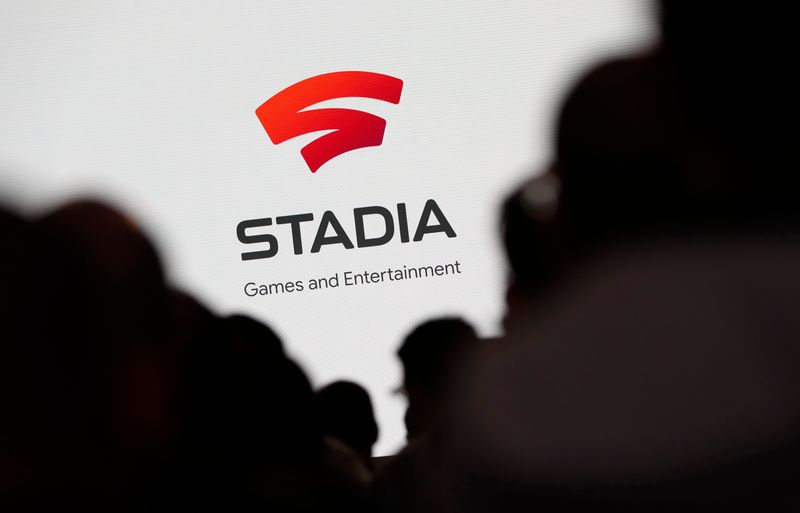 FILE PHOTO: Spectators look on during a Google keynote address announcing a new video gaming streaming service named Stadia that attempts to capitalize on the company's cloud technology and global network of data centers, at the Gaming Developers Conferen

(Reuters) - Alphabet Inc's Google said on Monday it would stop internal development of games for Stadia, making the cloud-based game-streaming service entirely dependent on titles from other game developers and publishers.

Stadia was launched in 2019 along with an internal game development unit that was expected to make titles for the platform.

The company said on Monday it was shutting down the unit due to the high costs involved in developing games that attract users.

"Creating best-in-class games from the ground up takes many years and significant investment, and the cost is going up exponentially," Phil Harrison, vice president and general manager of Google Stadia, said in a blog post. (https://bit.ly/2YDcfqQ)

Harrison also said that Jade Raymond, head of Google's Stadia Games and Entertainment, would be leaving the company to pursue other opportunities.

Stadia saw a surge in users last year after the tech giant gifted two months of free access to its premium version to gamers sheltering at home due to the COVID-19 pandemic.

(Reporting by Akanksha Rana and Tiyashi Datta in Bengaluru; Editing by Aditya Soni)