Engine No. 1 backs GM's strategy around transition to EVs 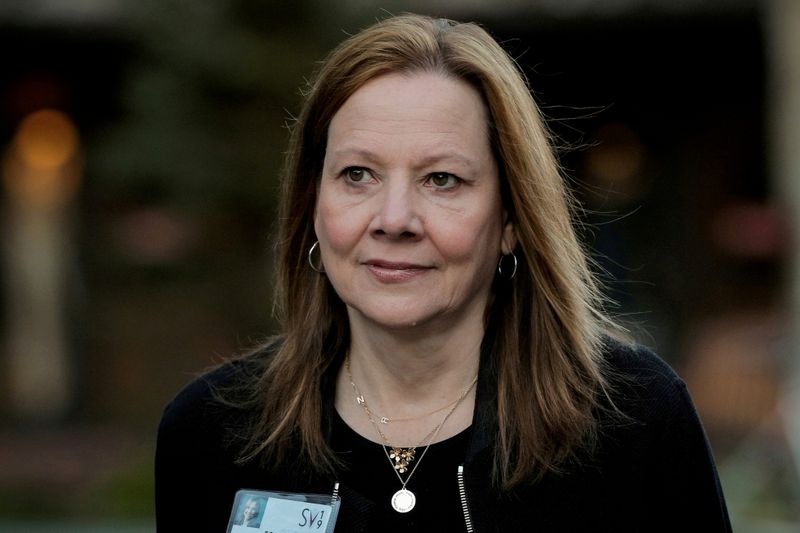 By Ben Klayman and Svea Herbst-Bayliss

(Reuters) - Hedge fund Engine No. 1 on Monday formally announced it has taken a stake in General Motors Co and was supportive of its transition to battery electric vehicles, sending the shares of the No. 1 U.S. automaker up 3.2%.

The position of support for GM was in contrast to the hedge fund's against-the-odds challenge against Exxon Mobile Corp earlier this year that enabled it to land three board seats. Engine No. 1 had criticized the energy giant's track record and targets on reducing its carbon footprint.

However, Engine No. 1 said in a statement on Monday that it believed in the path GM and Chief Executive Mary Barra have laid out, targeting the elimination of tailpipe emissions in all light vehicles sold by 2035.

"The company's early lead on battery technology, along with Mary Barra and the board's leadership, creates tremendous advantages," Engine No. 1 founder Chris James said. "There's a narrative that only tech companies can move quickly to embrace change and win as the world changes. We don't think that's true. GM has that leadership."

Engine No. 1 took its stake in GM in August but had not spoken publicly about its intentions around the automaker since then. Engine No. 1 has a stake of almost 400,000 shares in GM, according to Refinitiv data.

Engine No. 1 said it has had "very constructive and collaborative two-way conversations" with GM, and said the automaker was poised to "recapture market share" thanks to its advantages in battery technology.

GM has said it will spend $35 billion on electric and self-driving vehicles through 2025 and is expected to outline additional financial targets through 2030 on Wednesday at an investor conference.

Engine No. 1 was launched in December 2020 and immediately made a splash by taking on Exxon and pressuring the oil giant to reduce its carbon footprint.

Coming from a tiny firm, founded by veteran investor James, the battle to challenge Exxon quickly turned into a David versus Goliath narrative on Wall Street, where many seasoned investors expected the newcomer to falter. But the arguments resonated with some of the world's biggest money managers, including Vanguard, BlackRock and State Street, which supported Engine No. 1's bid to win board seats.

Engine No. 1's activism campaigns are run by Charlie Penner, who joined the new firm from activist firm Jana Partners where they made headlines by taking on Apple to push the iPhone maker to do more to limit children's smartphone use. Soon after the Exxon win, Engine No. 1 launched an exchange traded fund, making a bet that Main Street investors want portfolios to back environmental, social and governance proposals.

The hedge fund also released a white paper on Monday detailing why the auto industry must transition to battery electric vehicles and what role automakers, especially GM, will play in that transition.

"We value the perspectives of all stakeholders as we continue driving the future of mobility," GM spokesman Jim Cain said in an email.