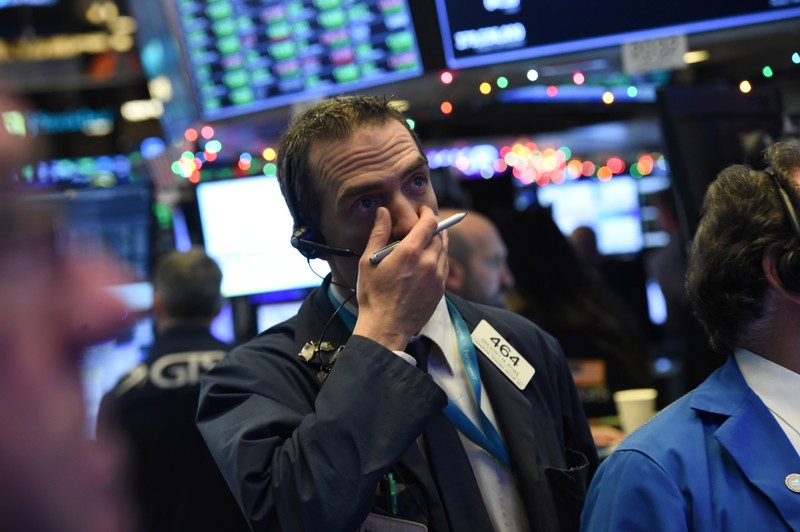 A trader looks on while waiting for the initial price of Tencent Music Entertainment company's IPO on the floor of the New York Stock Exchange (NYSE) in New York, U.S., December 12, 2018. REUTERS/Bryan R Smith

The company's shares opened at $14.10, or 8.5 percent above their initial public offering price of $13 per share, giving Tencent a market capitalization of about $23 billion - on par with Swedish peer Spotify Technology SA's (NYSE: SPOT) current valuation. Spotify is an investor in the Chinese company.

The IPO raised $1.1 billion in proceeds and is one of the largest by a Chinese company in the United States this year, behind the $2.4 billion raised by video streaming company iQiyi Inc (NASDAQ: IQ), the $1.6 billion garnered by online group discounter Pinduoduo Inc (NASDAQ: PDD) and the $1.15 billion by electric vehicle maker NIO Inc (NYSE: NIO).

The debut marks an end to a tumultuous listing journey that saw the company delay its IPO plans until November in a market weakened by trade tensions between the United States and China.

"We are very proud to be able to complete the IPO despite the challenging market," Chief Strategy Officer Tony Yip said in a telephone interview. "Raising over $1 billion in this type environment is not an easy task."

Buoyed by renewed talks between Washington and Beijing, ride-hailing rivals Uber Technologies Inc and Lyft have also charged ahead with their IPO filings, aimed at a 2019 listing.

"If this (Tencent Music's) IPO came out at a different time, without the geopolitical risk that is currently in the market, we would have seen a much different result in terms of Tencent Music's pricing," said Jeff Zell, senior research analyst and partner at IPO Boutique, an IPO tracking firm.

The company, whose controlling shareholder is Tencent Holdings Ltd <0700.HK>, priced its IPO at the lower end of its $13 to $15 pricing range on Tuesday.

Overall, the U.S. IPO market this year is also seeing its best year since 2014, with 208 IPOs raising $52.7 billion year-to-date even as market volatility and a broader market sell-off led to a slowdown in the current quarter, said audit and accounting firm PricewaterhouseCoopers.

"Strong companies often choose to go public despite difficult market conditions and historically that has been a rewarding opportunity for investors," said David Ethridge, U.S. IPO services leader at PricewaterhouseCoopers.

Spotify, the company's closest rival, rose nearly 33 percent after its IPO, only to give up most of those gains over the last three months. Biotech company Moderna Inc (NASDAQ: MRNA), which debuted last week, priced toward the lower end of its range on a day when the wider stock market fell on renewed trade concerns.

"It's hard to market time an IPO because there is so much that goes in to get an IPO launched that you just have to set the course and hold to it unless there is an absolute collapse in the market," said Benjamin Howe, chief executive officer of AGC Partners, a global boutique investment bank based in Boston.

Tencent Music claims more than 800 million monthly active users and offers online music, online karaoke and music-centric live streaming services. It said it has a music content library with over 20 million tracks as of Sept. 30.

Online music services contributed about 30 percent to its total revenue in the first nine months of the year, while music-centric social entertainment services, which include virtual gifts and premium memberships, accounted for more than 70 percent of the $1.65 billion in revenue it had in 2017, the company said in a filing.