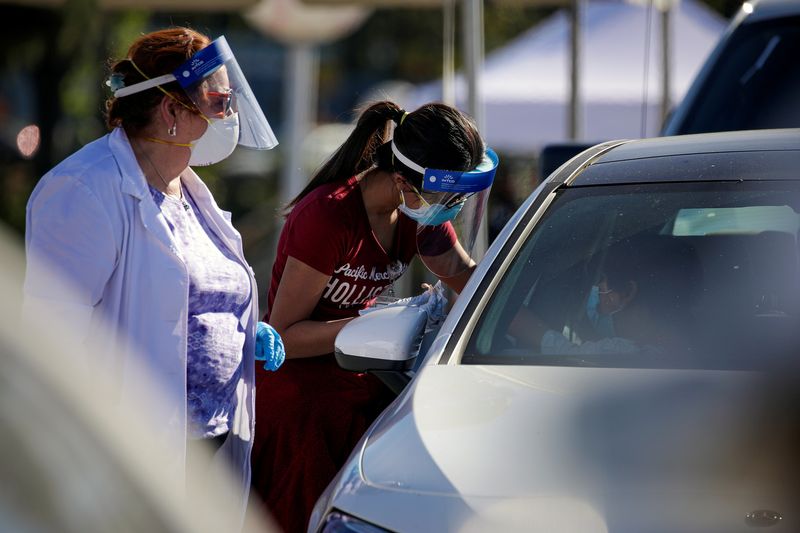 (Reuters) - California is expected to lift its regional stay-at-home orders across the state on Monday, moving counties back into the tier-based reopening framework, local media reported.

California Governor Gavin Newsom's office has decided to lift the orders as ICU availability in the regions that remained under the stay-at-home order, including the Bay area and Southern California are projected to rise above the 15% threshold that triggered the lockdown measures, according https://bit.ly/3sSPOfp to San Francisco Chronicle.

According to the report, counties will move back to the tiered system, with most regions across the state expected to move into the purple tier, meaning personal care services like hair salons can re-open with modifications and restaurants can open for outdoor service.

California, the United States' most populous state, emerged as a leading U.S. epicenter of the pandemic despite re-imposing some of the most stringent restrictions on social gatherings and business activity.

Total cases in the United States crossed 25 million on Sunday, even as states accelerate their vaccine distribution. California has reported over 3.1 million cases and 36,745 deaths so far, a Reuters tally showed.

But the number of new infections appear to be slowing after a surge following the Holiday season.

The state' top health official said earlier this month that the number of hospitalized coronavirus patients statewide had steadily declined, showing signs of the virus leveling off.

Strict stay-at-home orders were renewed for much of California in December to avert a crisis in hospitals.

(Reporting by Bhargav Acharya with additional reporting by Anurag Maan in Bengaluru; Editing by Toby Chopra)