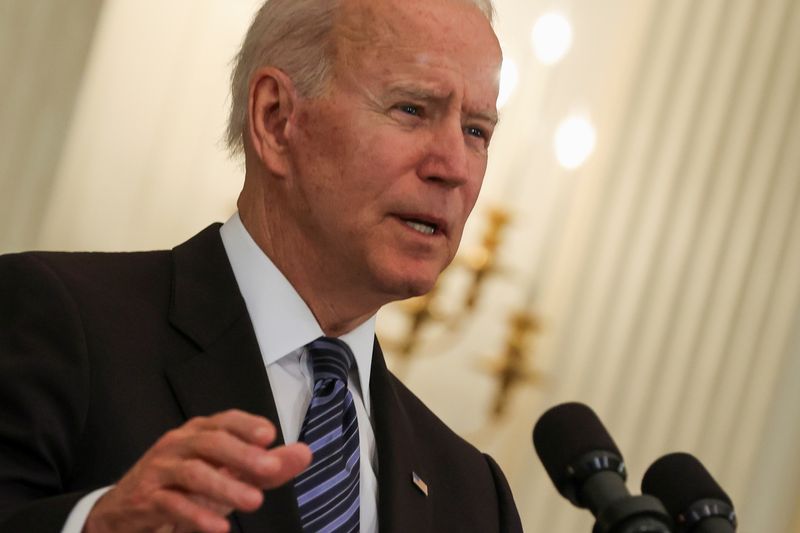 WASHINGTON (Reuters) - U.S. President Joe Biden on Thursday said a deal had been reached on an infrastructure spending plan as he emerged from a meeting with a bipartisan group of senators.

"We have a deal," he told reporters at the White House after meeting with members from the so-called Group of 21, who have been seeking a bipartisan agreement on an infrastructure bill.