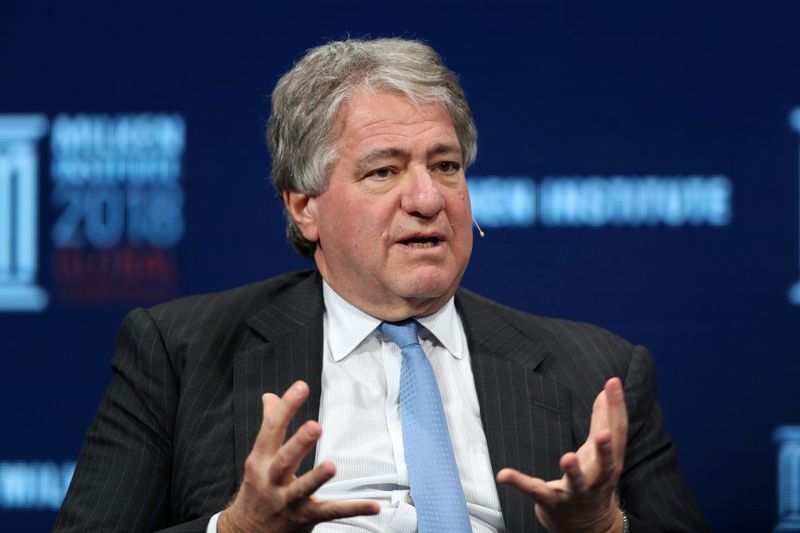 By Chibuike Oguh and Jessica DiNapoli

Black said on Monday he was stepping down after an investigation into his ties to late financier and convicted sex offender Jeffrey Epstein.

The independent review, conducted by law firm Dechert LLP, found Black was not involved in Epstein's criminal activities. But it concluded Black paid Epstein $158 million for advice on tax and estate planning and related services between 2012 and 2017, a decision that Black said he regretted.

Apollo executives said in October that some investors had paused their commitments to the buyout firm's funds as they awaited the review's findings. Apollo said on Monday that despite the controversy, its assets under management grew by $22 billion in the fourth quarter of 2020 to $455 billion.

Analysts said on Tuesday the conclusion of the review and Apollo co-founder Marc Rowan taking over from Black as CEO could prompt some investors to proceed with commitments to Apollo's funds that they had previously suspended.

"The news does clear much uncertainty," Citi analysts wrote in a note. "We view the update collectively as a net positive for investors, but potentially not yet enough closure to fully step in."

Morgan Stanley analysts wrote that Rowan's work building Apollo's insurance business has been "the main growth engine for the firm." The analysts added that changes to its governance structure, including nixing special voting rights for founders, would be positive for the stock price.

Margaret Brown, a board member at the California Public Employees' Retirement System (CalPERS), said she still wanted the roughly $400 billion pension plan, the largest in the United States, to consider halting future investments to Apollo.

"I will raise the issue in closed session with the board and hope to have a discussion in open session as well," said Brown.

A majority of CalPERS' board would have to approve such a decision.

"We expect and demand the companies and executives we do business with to act ethically and with prudent judgment at all times," CalPERS said in a prepared statement.

CalPERS declined to comment on whether they will authorize new investment in Apollo's funds.

Despite Tuesday's rise, Apollo shares are down 10% over the last 12 months. By comparison, shares of peers Blackstone Group Inc and KKR & Co Inc are up 5% and 29%, respectively.