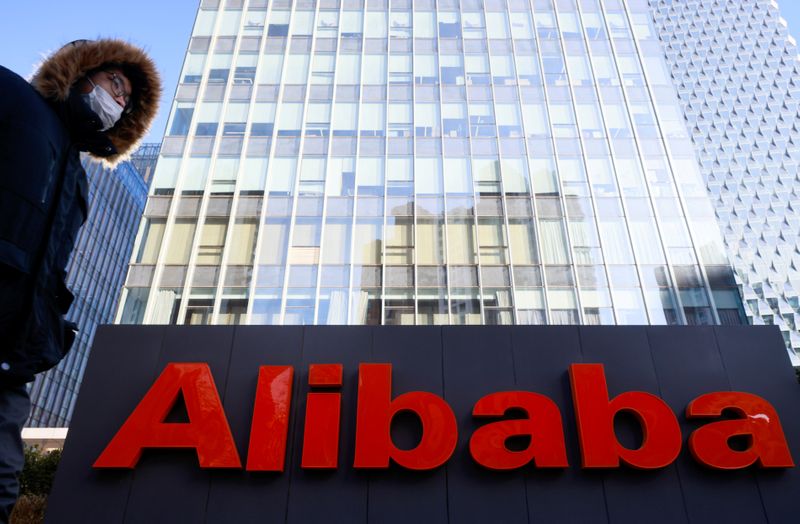 FILE PHOTO: The logo of Alibaba Group is seen at its office in Beijing, China January 5, 2021. REUTERS/Thomas Peter

UC Browser could not be downloaded on Android app stores operated by major Chinese phone makers Huawei, Xiaomi Corp and Vivo as of Tuesday evening. It was still available on Apple Inc's Chinese app store.

UC Browser was among several Chinese and foreign companies targeted for criticism for a range of issues on China Central Television's popular two-hour prime time "315" show on Monday night.

UC Browser, which says it has more than 400 million monthly active users globally, issued an apology after the show and said it had begun an investigation and initiated corrective measures.

On Tuesday, Alibaba referred to the UC statement in response to a request for comment on UC's removal by app stores.

"We will further strengthen the supervision mechanism and sense of responsibility of the platform, and provide users with high-quality information services with more stringent standards. We urge users to continue to supervise us,â UC said on Monday.

Apps in China have been temporarily removed from apps stories in the past, with existing users unaffected.

Internet platforms were a subject of discussion at a meeting on Monday chaired by President Xi Jinping of ruling Communist Party leaders in charge of financial and economic affairs.

"Some platform enterprises are developing in an irregular manner and bear risks; the platform economy is not fully developed and has shortcomings, and we have a prominent problem of the regulatory system not adjusting to this issue," a readout of the meeting by the official Xinhua news agency said.