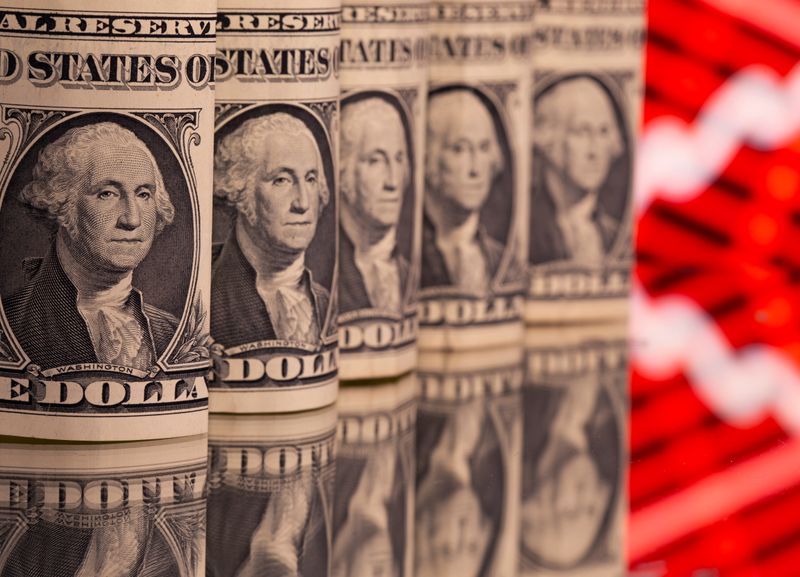 NEW YORK (Reuters) - The dollar lost ground on Thursday, ending a two-day winning streak as hopes for a speedy economic recovery from the global heath crisis was dampened by disappointing labor market data, which put market participants in a risk-off mood.

"It's hard to reconcile what's pulling the dollar lower today," said Mazen Issa, senior currency analyst at TD Securities in New York. "But since the start of this year, around the Georgia (senatorial election) runoff, the relative U.S. equity performance has been positively correlated to the dollar."

Bitcoin backed away from its record high of $52,640 reached overnight. The cryptocurrency has surged roughly 79% so far this year as institutional interest gains momentum, prompting some analysts to warn that the rally could be unsustainable.

Ethereum, the second largest cryptocurrency in terms of volume and market capitalization, hit a record high of $1,939, having soared by nearly 1,400% so far this year.

Last week the Chicago Mercantile Exchange launched futures on ether, the digital currency or token that facilitates transactions on the ethereum blockchain. It was last up 4.00% at $1,925.30.

"For now it's a speculative trade, but there's certainly a place for it in tomorrow's economy," Issa added. "It's not going to go away but there's a great deal of speculation taking place, and the FOMO aspect is a major component."

An unexpected increase in weekly jobless claims dampened enthusiasm over otherwise upbeat data this week, the day after minutes from the U.S. Federal Reserve's most recent monetary policy meeting showed the central bank was determined to continue supporting the economic recovery.

The yen gained some ground against the greenback and was last almost flat at 105.685, but still below its 200-day moving average.