Dollar edges down after inflation data, ahead of FOMC 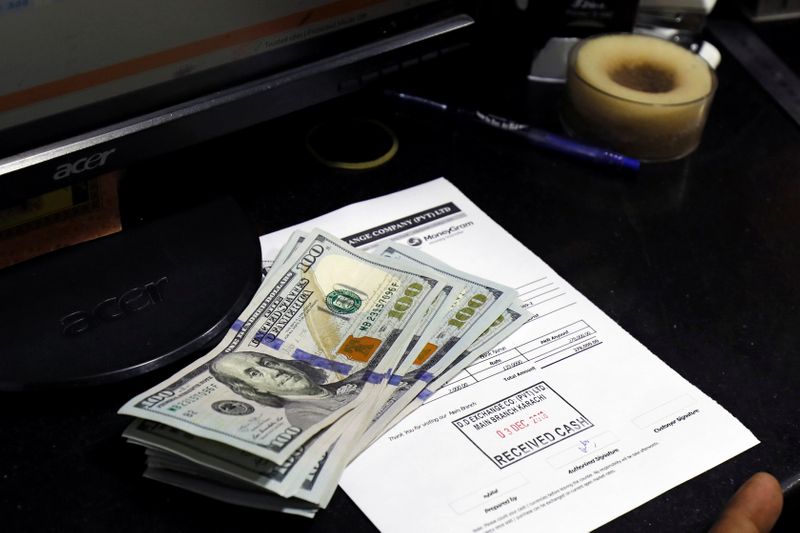 NEW YORK (Reuters) - The dollar index was down slightly on Thursday after alternating between losses and gains earlier in the session as investors digested elevated U.S. inflation and European Central Bank commentary while eyeing the U.S. Federal Reserve's next meeting.

Earlier in the day, the ECB raised its growth and inflation views but promised to keep ample stimulus flowing, fearing that a retreat now would accelerate a worrisome rise in borrowing costs and choke off recovery.

Then in the United States, data showed that the number of Americans filing new claims for unemployment benefits fell last week to the lowest level in nearly 15 months, while consumer prices increased further in May as the pandemic's easing grip on the economy continued to boost domestic demand.

"The dollar's on the sidelines as it looks for the next key event risk and that's the FOMC meeting and the prospects the Fed might begin the talk of tapering, which could provide support to the dollar," said Paresh Upadhyaya, director of fixed income and currency strategy at Amundi U.S.

Investors were closely watching U.S. consumer prices for any signs that higher prices could last longer than expected, potentially challenging the Fed's insistence that inflation pressures are transitory and that monetary stimulus should stay in place for some time yet.

While Upadhyaya sees Thursday's data supporting the U.S. central bank's stance, he said "a lot of people fearing they could get chopped up in the price action might just want to wait" before making big bets.

The dollar index, which measures the greenback against a basket of major currencies, has fluctuated narrowly around the psychologically important 90 level, and was last down 0.08% at 90.0670 The euro was last down 0.05% at $1.2172.

"You have this tug between the two currencies, and it's creating a back and forth. That's why you're seeing a little bit of a cap in terms of dollar weakness and euro strength," said Minh Trang, senior FX trader at Silicon Valley Bank.

"The overall trend has been a bit of dollar weakness, not just because of the robust growth in the U.S. There's been robust growth overall. A lot of economies have been recovering," he said. "When you have optimism in overall global growth, typically that creates a risk on mentality that's going to favor other currencies over the dollar."

Deutsche Bank's Currency Volatility Index, was at its lowest level since February 2020.