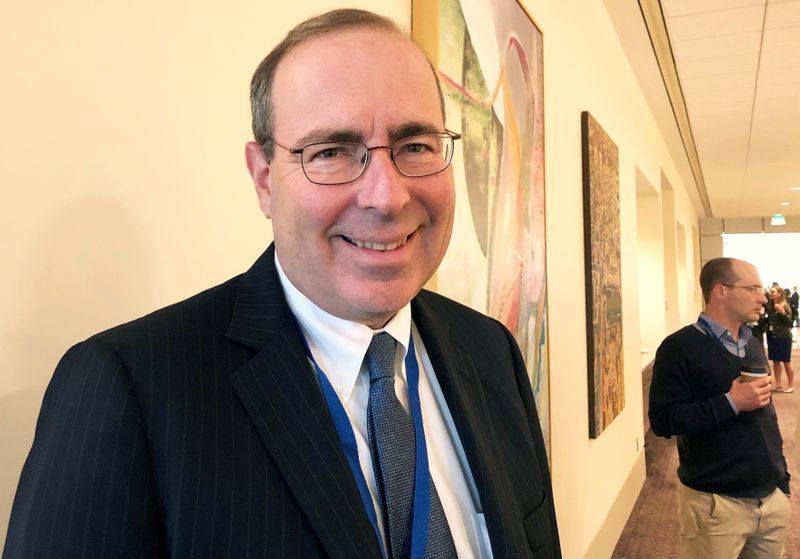 Higher long-term yields could trickle through the economy and make it more expensive for people to, say, buy houses or for businesses to borrow money for investments.

At the same time, Barkin said, the Fed won't be ready to increase short-term rates until the economy meets clear benchmarks laid out for liftoff: full employment, 2% inflation, and inflation on track to exceed 2% for some time.

While he expects upward pressure on prices over the next six months, Barkin said, that probably would not lead to a multi-year inflation surge in part because inflation expectations are stable.

And unemployment, he said, will fall less quickly than the pace of economic growth might suggest because workers now on the sidelines of the job market will be drawn back in.

As to when it will be time to raise rates from their current near-zero levels, he said, "I don't have a sense that there's a timing, there's a year, there's a month, there's a quarter that I'm thinking about."

It's all about meeting the conditions the Fed has laid out, he said.

"I'm trying to figure out what is happening in the economy, and when we meet that, is when it's time to increase rates."

Barkin is the first Fed policymaker to speak since Fed Chair Jerome Powell on Wednesday said the "strong bulk" of central bankers see the Fed's policy rate staying at near-zero through 2023, even as they forecast the economy to grow this year at its fastest pace in decades.