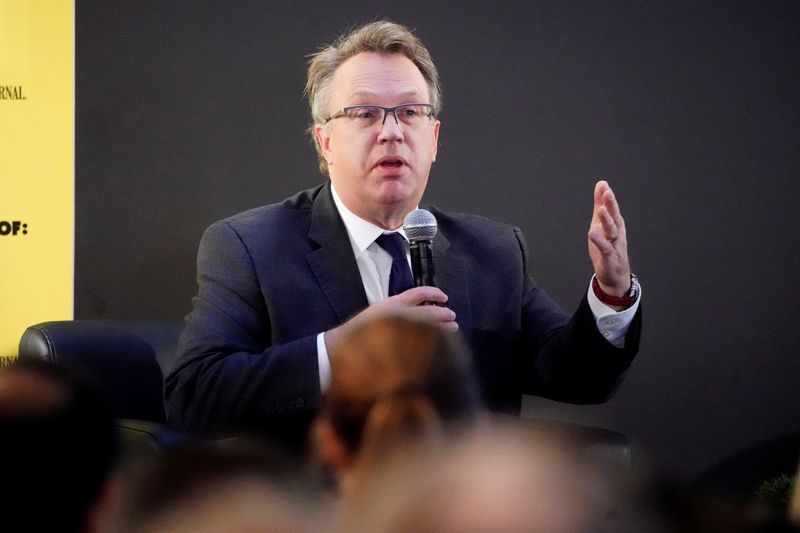 (Reuters) - The timeline for when the Federal Reserve will start to raise rates will depend on what is happening with the economy, New York Federal Reserve Bank President John Williams said on Wednesday.

The U.S. economy could recover more rapidly later this year as coronavirus cases drop and more people are vaccinated, Williams said during a virtual conversation organized by Syracuse University. But Williams declined to put a date on when he thought the Fed could start to withdraw some of the fiscal support it is providing.

"I donât know when we will take the next policy action because it will be driven by what happens in the economy," Williams said.

Williams said it could be a while before the U.S. economy reaches a sustained inflation rate of 2%, with the country still facing high rates of unemployment and other forces holding inflation down across the globe.

"I see the U.S. economy recovering really nicely over the next couple of years," Williams said. "I don't see inflationary pressures really building during that time."

Last week, Fed officials agreed to leave interest rates near zero and to keep purchasing $120 billion a month in bonds until the economy has made "substantial further progress" toward the central bank's goals for inflation and maximum employment.

In recent days, some Fed officials have identified where they fall on the map of interest rate forecasts, known as the "dot plot." Dallas Fed President Robert Kaplan told CNBC Tuesday he is among the officials expecting the central bank could hike rates as soon as 2022. Atlanta Fed President Raphael Bostic said in an interview with the Wall Street Journal that he expects the central bank to lift rates in 2023.