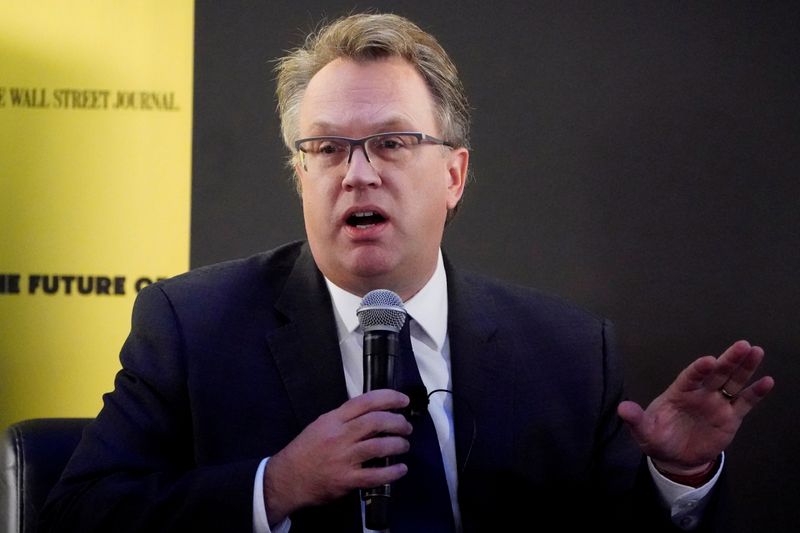 (Reuters) -The U.S. economy is poised to grow at the fastest rate in decades this year as it rebounds from the crisis caused by the coronavirus pandemic, but financial conditions are nowhere near the level where the Federal Reserve would consider pulling back its support, New York Fed Bank President John Williams said on Monday.

U.S. gross domestic product could increase by around 7% this year after adjusting for inflation, bringing in the fastest growth since the early 1980s, Williams said. But that boom may not be enough to achieve the Fed's dual mandate for inflation and maximum employment, Williams said.

"It's clear there is a big shift in the economy, and the outlook has improved," Williams said during a virtual event. "But let me emphasize that the data and conditions we are seeing now are not nearly enough for the FOMC to shift its monetary policy stance."

Fed officials agreed last week to keep interest rates near zero and to continue purchasing $120 billion a month in bonds until there is "substantial further progress" toward the Fed's goals for maximum employment and inflation.

The labor market is still short about 8.5 million jobs compared to pre-pandemic, and the job losses fell hardest on service sector workers and Black and Hispanic workers, he said. "This means we will need big jobs numbers for some time to fully get the country back to work," Williams said.

While inflation may rise in the near term as prices rebound from the low levels of last spring, it is likely to come back down to about 2% next year, Williams said.

The Fed official told reporters the central bank has the tools it needs to control short-term rates, which are drifting lower. The "number one goal" is to keep the federal funds rate within the Fed's target range of 0% to 0.25%, Williams said.

The effective federal funds rate dropped in late April and reached 0.05% on Friday. Financial firms are also injecting more cash into the New York Fed's reverse repo facility, which the Fed uses to set a floor on short-term rates by giving firms a place to temporarily park their cash.

Williams said the Fed could respond if needed by raising the rate it pays on reverse repo or by lifting the interest rate it pays banks on excess reserves, known as IOER. Those adjustments would not be viewed as a change in monetary policy, he said.

(Reporting by Jonnelle MarteEditing by Chizu Nomiyama and Rosalba O'Brien)