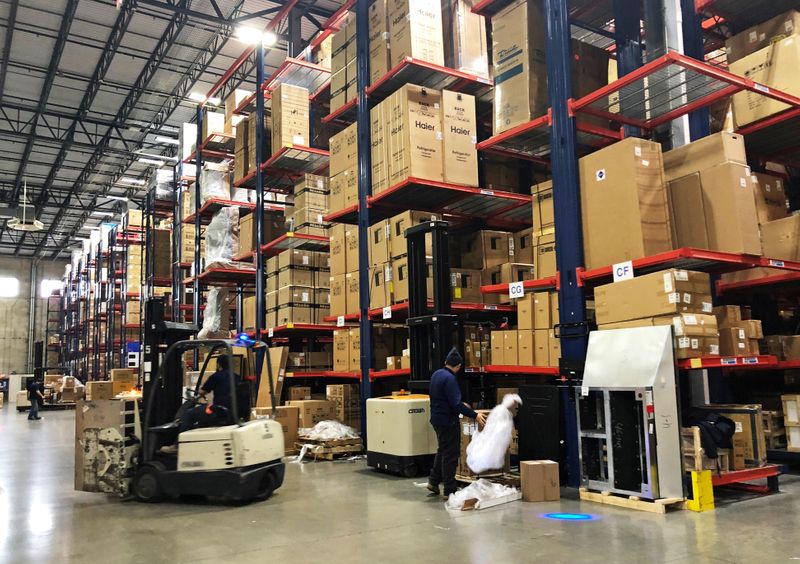 FILE PHOTO: Warehouse workers deal with inventory stacked up to the ceiling at an ABT Electronics Facility in Glenview, Illinois, U.S. December 4, 2018. REUTERS/Richa Naidu

Wholesale inventories shot up 4.5% in March from a year earlier. Sales at wholesalers jumped 4.6% after being unchanged in February.

Overall, business inventories were depleted in the first quarter amid a burst in domestic demand. The inventory drawdown subtracted 2.64 percentage points from GDP growth last quarter. Still, the economy grew at a robust 6.4% annualized rate in the March-January period after expanding at a 4.3% pace in the fourth quarter.

At March's sales pace it would take wholesalers 1.22 months to clear shelves, down from 1.26 months in February.