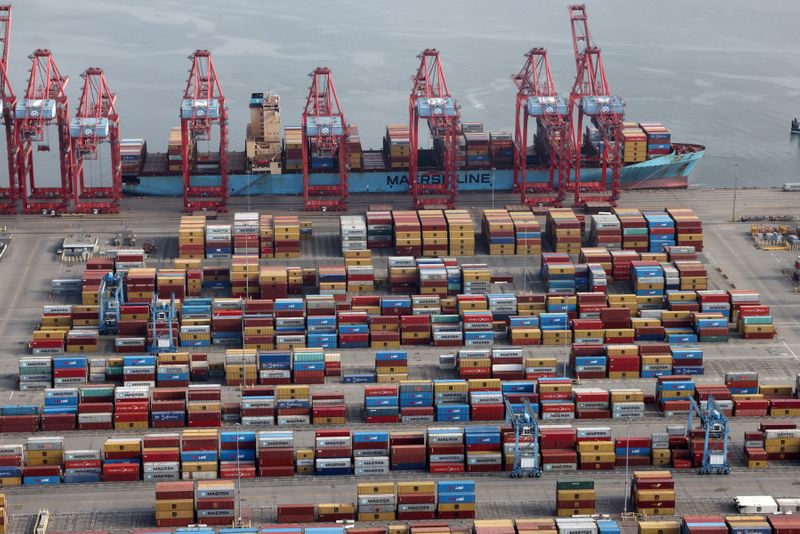 FILE PHOTO: Shipping containers are unloaded from a ship at a container terminal at the Port of Long Beach-Port of Los Angeles complex, in Los Angeles, California, U.S., April 7, 2021. REUTERS/Lucy Nicholson

Import prices rose 0.4% last month after falling 0.3% in August, the Labor Department said on Friday. In the 12 months through September, prices shot up 9.2% after advancing 8.9% in August. Economists polled by Reuters had forecast import prices, which exclude tariffs, increasing 0.6%.

The government reported this week that strong food prices and rents pushed up consumer inflation in September, while higher energy costs kept producer prices elevated. The price of Brent crude has shot above $80 a barrel.

Excluding fuel and food, import prices dipped 0.1%. These so-called core import prices fell 0.1% in August and were up 4.7% on a year-on-year basis in September.