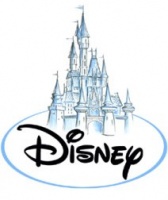 "With adjusted earnings per share up 36% over last year, we're obviously pleased with our second quarter," said Robert A. Iger, Chairman and CEO, The Walt Disney Company. "Our results reflect our successful strategy, the strength of our brands and the value of our high-quality creative content, all of which continue to drive long-term growth and shareholder value."

Operating income at Cable Networks increased $224 million to $1.7 billion for the quarter due to growth at ESPN.

Interactive revenues for the quarter increased 8% to $194 million and segment operating results improved by $16 million to a loss of $54 million.