Nokia expects its turnaround to continue in 2022 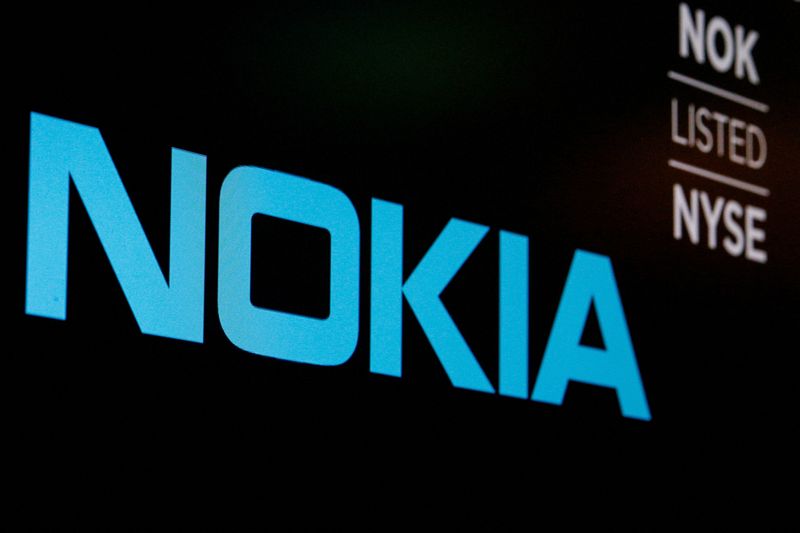 FILE PHOTO: The logo and ticker for Nokia are displayed on a screen on the floor of the New York Stock Exchange (NYSE) in New York, U.S., May 21, 2018. REUTERS/Brendan McDermid/File Photo

HELSINKI (Reuters) -Finnish telecoms equipment maker Nokia on Tuesday gave its first guidance for 2022, easing investors' concerns over the impact the global chip shortage may have had on its operations.

Nokia said it expected a comparable operating margin of 11-13.5% in 2022, sending its shares up 2.8% in the morning trade following the announcement.

"The outlook shows that the business turnaround is still progressing well and no offset is coming from cost inflation or component shortage," Inderes analyst Atte Riikola told Reuters.

The company said it also expected to exceed its 2021 earnings guidance, with its venture fund investments driving the boost.

The company said its underlying business performed largely as expected in the fourth quarter.

"However, other operating income was higher than expected including further benefits from venture fund investments, leading to a stronger comparable operating margin exceeding the 2021 guidance," it said in a statement.

The company is due to report full-year results on Feb. 3.