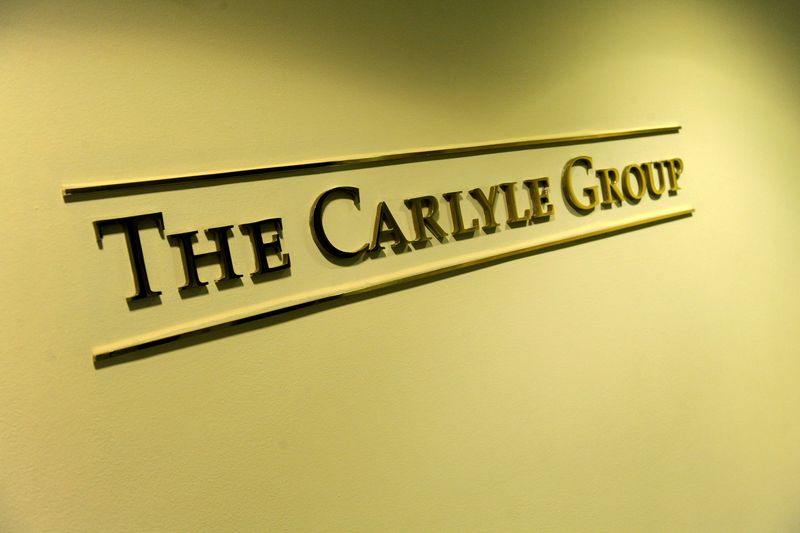 FILE PHOTO: A general view of the lobby outside the Carlyle Group offices in Washington, May 3, 2012. REUTERS/Jonathan Ernst/File Photo/File Photo

The economic rebound from the COVID-19 pandemic and low interest rates have allowed many private equity firms like Carlyle to sell investments for top dollar and pushed merger and acquisition activity to new highs.

Washington, D.C.-based Carlyle said it generated a record $14 billion from selling assets in the quarter, including its minority stake in supplement maker The Bountiful Company to Nestle SA and analytics firm Novetta Solutions to Accenture Plc.

"By any measure, it was a record quarter for us," Carlyle Chief Executive Kewsong Lee said in an interview. "It's a factor of the environment and also we've been investing well in our companies."

Carlyle reported net income under generally accepted accounting principles (GAAP) of $533 million, up 80% from a year ago, driven by growth in investment income.

Total assets under management rose to a record $293 billion, up 6% from the prior quarter, owing to strong capital raising and fund appreciation. Unspent capital grew to $89 billion.