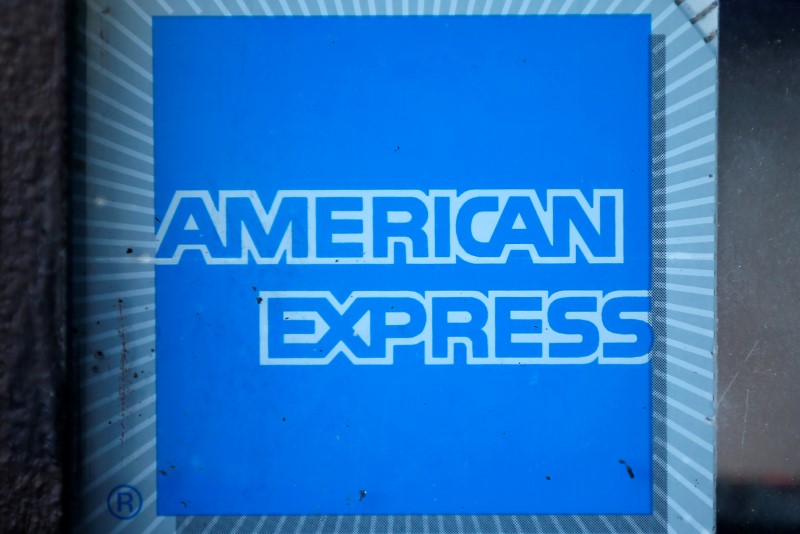 By Pallavi Dewan and Nikhil Subba

AmEx's shares rose 2.5 percent after the bell on Wednesday as the results and guidance indicated the company was starting to mitigate some of the impact of losing key partnerships last year, especially one with Costco Wholesale Corp (NASDAQ: COST).

Some of that impact was also blunted by AmEx spending heavily on marketing as well as on premium rewards to retain existing customers and woo new ones.

The company, which has long catered to affluent customers, last month fattened up rewards on its Platinum charge cards to fortify its high-end market against JPMorgan Chase & Co (NYSE: JPM) and Citigroup Inc (NYSE: C).

However, AmEx is curbing costs in other areas to bolster margins and said it was on track to remove $1 billion from its expenses this year and was "very confident" of meeting its full-year profit forecast of $5.60-$5.80 per share.

"As we move through 2017, we expect net income and EPS to grow due to the benefits from our cost-reduction initiatives and the seasonality of revenue," Chief Financial Officer Jeffrey Campbell said on a call with analysts.

Campbell has said in mid-January, after AmEx's fourth-quarter results, that earnings and revenue would be "uneven" in 2017.

AmEx said first-quarter net income attributable to shareholders fell 13 percent to $1.21 billion, or $1.34 per share, from a year earlier, which included some now discontinued partnerships.

Analysts on average were expecting $1.28 per share, according to Thomson Reuters I/B/E/S.

"The company has had to spend more to generate the types of growth ... and now we see them starting to pull back on the expenses, but still put up accelerated growth and I think that is what is encouraging," Sakhrani said.

AmEx said it also benefited from higher net card fees and loan growth in the quarter.

Loans grew 11 percent, with more than half of the growth in U.S. consumer loans coming from existing customers.

AmEx added 1.7 million new cards across its U.S. issuing businesses and 2.6 million worldwide in the quarter, slightly higher than the additions in the fourth quarter.

(Reporting by Pallavi Dewan and Nikhil Subba in Bengaluru; Editing by Savio D'Souza)