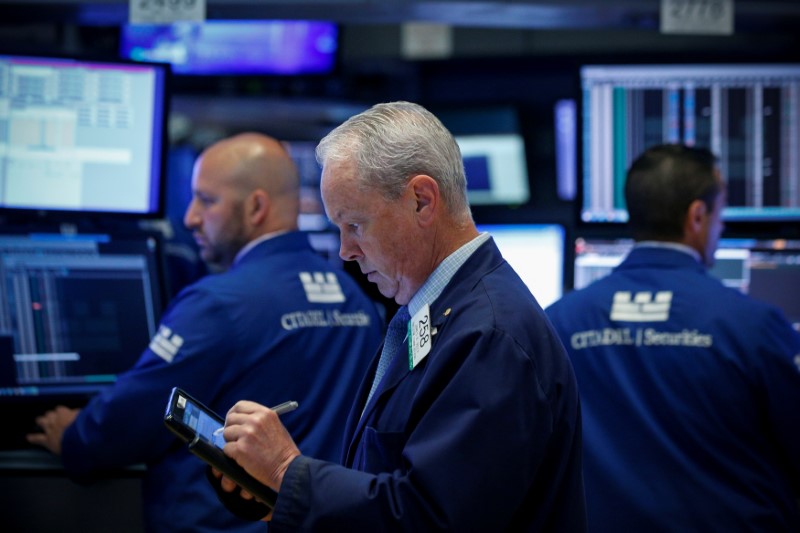 (Reuters) - Wall Street was set to open higher on Tuesday on the back of gains in oil prices and shares of big technology companies.

Trading volumes are expected to be lower in the day as markets will close at 1 p.m. ET, ahead of the Fourth of July holiday.

But the specter of trade turbulence continued to loom over the markets, with President Donald Trump on Monday warning the World Trade Organization of "doing something" if United States is not treated properly.

Investors are wary of a July 6 deadline when Washington is set to impose tariffs on $34 billion worth of Chinese goods, with Beijing expected to retaliate with tariffs on U.S. goods.

Wall Street, however, was set for another firmer session as investors positioned for strong Silicon Valley earnings before the reporting season starts next week.

Major state-owned Chinese banks were seen swapping yuan for dollars in forwards and immediately selling them into the spot market to prop up the Chinese currency, four traders said.

"Today is going to be a day where we have a short session for both fixed income and equity investors pre-holiday," Luschini said.

"There's not going to be a lot ultimately taken away from today's trading regardless of what direction the market goes in."

Shares of Netflix (NASDAQ: NFLX) gained 0.7 percent in premarket trading after a Wall Street analyst forecast the company would beat second-quarter earnings estimates due to its original series.

Other heavyweight technology stocks were also trading higher, but Facebook (NASDAQ: FB) declined 1.3 percent on a Washington Post report that the federal probe into the Cambridge Analytica data breach had been broadened.

Tesla (NASDAQ: TSLA) fell 1.1 percent and was set to add to its 2.3 percent drop from Monday when the electric carmaker said it met its Model 3 production goal but failed to convince investors it could continue to do so.

Other automakers will also be in focus as they will report sales for June. On the economic front, May factory orders are expected to have remained unchanged, after decreasing 0.8 percent in April. The data is due at 10 a.m. ET.