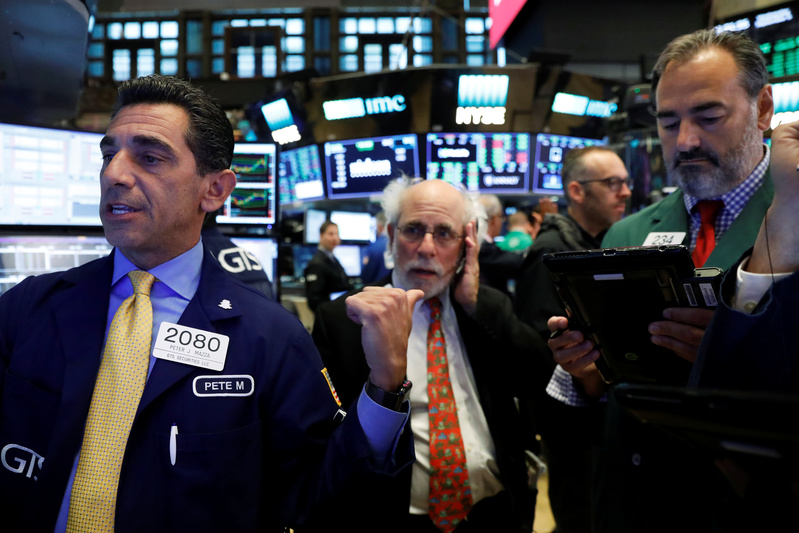 (Reuters) - Wall Street reached record highs on Friday, with the S&P 500 surpassing 2,500 points as telecommunications shares rose and technology bounced back after two days of declines.

Professional investors frequently say they see little special significance in the S&P 500 and Dow Jones Industrial Average hitting round-numbers in the hundreds and thousands. But such milestones do affect the sentiment of investors on Main Street, said Phil Blancato, head of Ladenburg Thalmann Asset Management in New York.

"People are concerned about missing out as the market continues to rally. They think maybe they need to finally jump in," Blancato said. "The behavior of the retail investor is more important than ever."

The S&P 500 information technology sector <.SPLRCT> rose 0.30 percent, powered by an Nvidia-led surge in chipmakers, while Apple rose 1.01 percent in its first gain since unveiling new iPhones on Tuesday.

AT&T (NYSE: T) rose 2.15 percent and Verizon Communications (NYSE: VZ) added 1.44 percent. Along with T-Mobile, they are offering deals for the newest iPhones that are less generous than in the past.

Wall Street largely shrugged off reports showing an unexpected drop in U.S. retail sales last month and the first drop in industrial output since January, both in part due to the impact of Hurricane Harvey.

"Investors are keeping an eye on the retail sales data, thinking it may be transitory, and are focusing on growth areas such as technology, which is mostly immune to policy decisions in D.C. and has avoided all the global noise," said Michael Antonelli, managing director of institutional sales trading at Robert W. Baird in Milwaukee.

U.S. stocks have surged this year, despite turmoil in the White House, doubts about President Donald Trump's ability to push through his pro-business reforms, uncertainty over the timing of interest rate hikes, and lately, tensions over Pyongyang's missile tests.

Advancing issues outnumbered declining ones on the NYSE by a 1.76-to-1 ratio; on Nasdaq, a 1.47-to-1 ratio favored advancers.

Earlier, North Korea fired a second missile in as many weeks over Japan, drawing criticism from global leaders but barely moving shares as investors await the next catalyst - the Federal Reserve's meeting on Sept. 19-20.

The S&P 500 is trading near 17.6 times expected earnings, down from 17.9 at the end of July but still much higher than its 10-year average of 14.3, according to Thomson Reuters Datastream.

Boeing (NYSE: BA) rose 1.53 percent to a record high after Canaccord Genuity raised its price target for the stock.

Among the laggards was Oracle (NYSE: ORCL), which sank 7.67 percent, its worst day in more than four years after disappointing forecasts for its profit and cloud business.