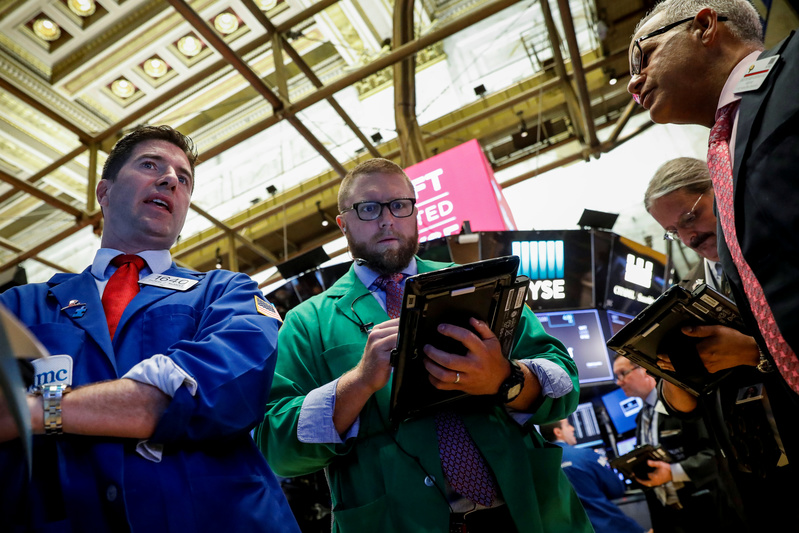 The U.S. central bank is expected to announce when it will begin paring its bond holdings, and while a September interest rate increase is not expected, investors will closely study Fed Chair Janet Yellen's views on inflation for clues whether the Fed will raise rates in December.

"It seems the market is holding its breath and waiting for what the Fed has to say regarding the economy and any future interest rate hikes," said Ryan Detrick, senior market strategist for LPL Financial.

"The market could throw a little bit of a fit if they push (balance sheet reduction) back. It could hurt financials and the overall market might not like the uncertainty," he added.

Six of the 11 major S&P sectors closed higher, with the financial sector's 0.8 percent gain providing the biggest boost. The sector has risen in seven of the last eight sessions, clocking a 6 percent rise in that time.

If the Fed reduces its balance sheet, investors are betting that would lift yields for longer-term treasuries, which could boost bank profits, Detrick said.

The healthcare index <.SPXHC> was one of the biggest laggards, with declines in insurers such as United Health (NYSE: UNH), which fell 1.8 percent due to the latest efforts in Washington to overhaul Obamacare.

Advancing issues outnumbered declining ones on the NYSE by a 1.09-to-1 ratio; on Nasdaq, a 1.04-to-1 ratio favored advancers.

About 5.8 billion shares changed hands on U.S. exchanges. That compares with the 5.9 billion daily average for the past 20 trading days, according to Thomson Reuters data.