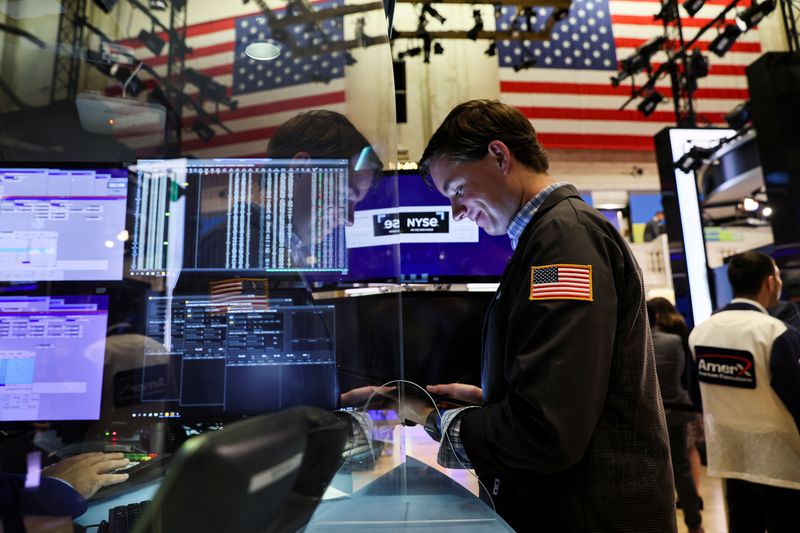 Fed officials have insisted on aggressive rate tightening to battle inflation, a message the market has feared would lead to a hard landing and likely recession.

However, investors also sought bargains in a market that appears oversold. The forward price-to-earnings ratio is at 15.9, close to its historic mean, down from around 22 before the market's big slide this year.

"By battling back, to me that is a favorable indicator that this rally could have legs," said Sam Stovall, chief investment strategist at CFRA Research in New York.

"It too confirms that investors believe, traders believe, that there's still more to go in this rally," he said.

The Institute for Supply Management's services industry employment gauge shot up in another sign labor remains strong as the overall industry slowed modestly in September.

The Fed is expected to deliver a fourth straight 75-basis-point rate hike when policymakers meet Nov. 1-2, the pricing of fed fund futures shows, according to CME's FedWatch tool.

San Francisco Fed President Mary Daly told Bloomberg TV in an interview that inflation is problematic and that the U.S. central bank would stay the course.

"The path is clear: we are going to raise rates to restrictive territory, then hold them there for a while," she said. "We are committed to bringing inflation down, staying course until we are well and truly done."

Treasury yields shot up again on Wednesday after the softer economic data failed to bolster budding hopes the Fed might pivot to a less hawkish policy stance.

The energy sector led the market higher, up 2.06%, after the Organization of the Petroleum Exporting Countries and allies agreed to cut oil production the deepest since the COVID-19 pandemic began, curbing supply in an already tight market.

Volume on U.S. exchanges was 10.43 billion shares, compared with the 11.64 billion average for the full session over the past 20 trading days.

Twitter Inc lost momentum in line with its peers, a day after surging 22% on billionaire Elon Musk's decision to proceed with his original $44-billion bid to take the social media company private.

Declining issues outnumbered advancers on the NYSE by a 2.08-to-1 ratio; on Nasdaq, a 1.69-to-1 ratio favored decliners.