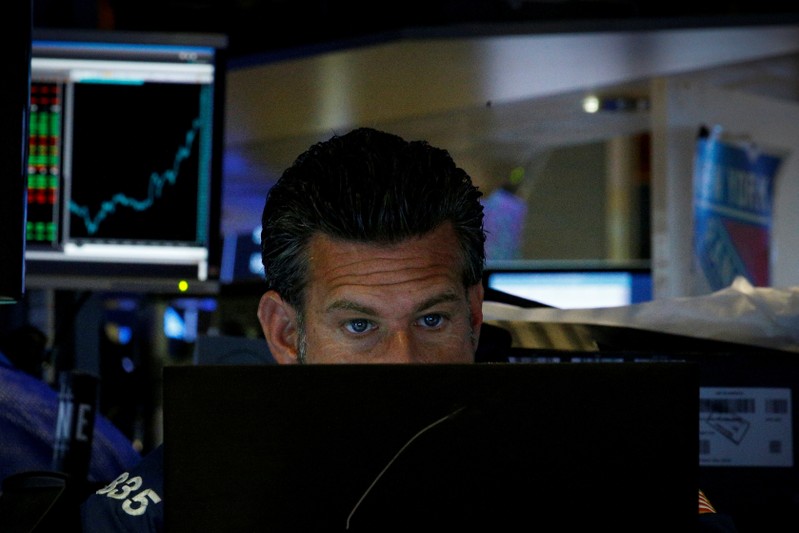 Chinese technology company Tencent Holdings Ltd <0700.HK> reported its first profit decline in almost 13 years, putting pressure on the U.S. tech sector. Technology stocks were the biggest drag on the S&P 500 and the Nasdaq, with the S&P 500 technology index <.SPLRCT> down 1.1 percent.

"There was a lot of optimism heading into retail earnings," said JJ Kinahan, chief market strategist at TD Ameritrade in Chicago. Macy's results have "taken an edge off that optimism."

Second-quarter U.S. earnings have mostly been stronger than expected, with 79.1 percent beating analyst expectations, according to Thomson Reuters I/B/E/S. Results are in for 460 of S&P 500 companies.

The trade fracas heated up as Turkish President Tayyip Erdogan doubled tariffs on some U.S. imports, and China lodged a complaint with the World Trade Organization against American trade policies.

"A combination of fears of contagion from Turkey and a possibility of a China slowdown has upset markets worldwide," Kinahan added.

Metals prices fell, dragging down the materials sector <.SPLRCM>, which ended down 1.6 percent. The S&P 1500 metals and mining index <.SPCOMMTM> was down 4.8 percent.

Adding to the day's bearish tone for metals and for stocks was the U.S. dollar. The dollar index <.DXY> briefly touched a 13-month high before ending the day essentially flat.

Losses were somewhat offset by gains in defensive sectors, including real estate <.SPLRCR> and utilities <.SPLRCU>.

In economic news, retail sales rose more than expected in July, while farm productivity rose at its fastest rate in over three years.

Declining issues outnumbered advancing ones on the NYSE by a 2.25-to-1 ratio; on Nasdaq, a 3.10-to-1 ratio favored decliners.

Volume on U.S. exchanges was 7.86 billion shares, compared with the 6.53 billion average over the last 20 trading days.