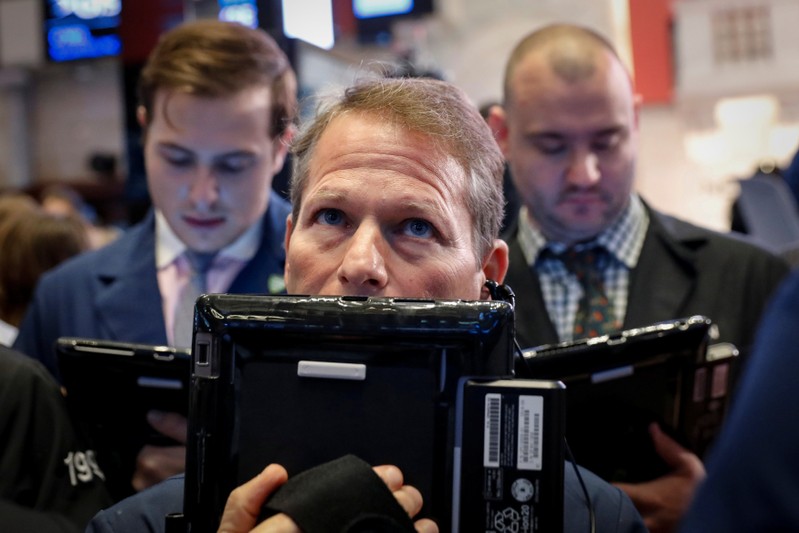 (Reuters) - Wall Street ended flat on Friday as gains by Intel, real estate companies and utilities offset a drop in Facebook after the social media network disclosed a security breach.

The S&P 500 lost 0.5 percent for the week, but for the third quarter it was up 7.2 percent, its best quarterly performance since the fourth quarter of 2013.

Facebook Inc (NASDAQ: FB) slumped 2.59 percent for the session after it said it discovered a security issue affecting about 50 million accounts. Its loss weighed more than any other stock on the S&P 500.

Intel (NASDAQ: INTC) jumped 3.08 percent and was the biggest boost on the three major indexes after the chipmaker said it was optimistic it would meet its full-year revenue target.

Italy's new government proposed a 2019 budget with a deficit three times bigger than the previous administration's target, sparking a sell-off in European stock markets and a drop in U.S. Treasury yields as some investors shifted their focus to the United States.

"Italy is weighing on people's minds as to where they want to be," said Thomas Martin, senior portfolio manager at Globalt Investments in Atlanta. "The U.S. is the place to be, and the rest of the world - not so much."

The S&P 500 utilities and <.SPLRCU> and real estate <.SPLRCR> indexes, which typically benefit from lower interest rates because of the dividends their components pay, were the strongest performers among 11 indexes, both up more than 1 percent.

"The theme of today is a continuation of solid economic numbers, as investors make comfortable positions ahead of the next quarter," said Kate Warne, principal and investment strategist at Edward Jones in Des Peres, Missouri.

With the third quarter now wrapped up, investors will begin to focus on corporate financial reports due out in the next few weeks. Bolstered by a growing economy, deep corporate tax cuts and increased stock buybacks, S&P 500 companies are expected to report earnings per share up 21.6 percent over the year before, according to Thomson Reuters I/B/E/S.

Tesla (NASDAQ: TSLA) sank 13.90 percent, its worst day since November 2013, after U.S. regulators sued Chief Executive Elon Musk, accusing him of fraud in a lawsuit that seeks to remove him as CEO, which could make it difficult for the loss-making electric-car maker to raise more capital.

Advancing issues outnumbered declining ones on the NYSE by a 1.25-to-1 ratio; on Nasdaq, a 1.17-to-1 ratio favored advancers.

Volume on U.S. exchanges was 7.0 billion shares, compared to a 6.8 billion average over the last 20 trading days.