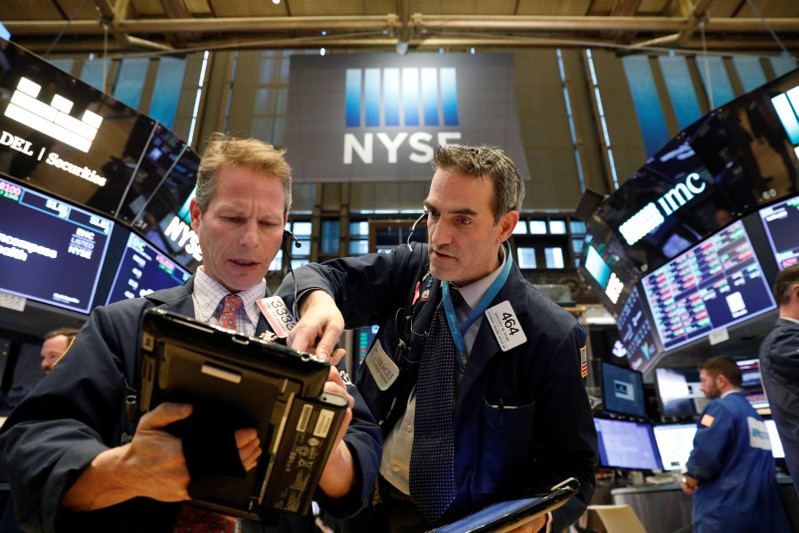 NEW YORK (Reuters) - The Dow and S&P 500 advanced on Thursday to halt a two-session losing skid, buoyed by gains in industrial and energy shares as U.S. Treasury yields eased, while the Nasdaq lost ground for a third straight session.

Those gains faded, however, and major indexes finished well off session highs as investors exercised caution in what is likely to be a rising interest rate environment.

"The rally on Bullard was a little overzealous," said Michael OâRourke, chief market strategist at JonesTrading in Greenwich, Connecticut.

"I wouldnât be out there aggressively buying stocks because until the interest rate picture clarifies, and it probably will do so at a higher level, it is just going to create problems for equities," he said.

The concerns over rising interest rates have dogged Wall Street of late, and stocks stumbled on Wednesday after minutes from the Federal Reserve's January meeting showed the central bank's rate-setting committee grew more confident in the need to keep raising rates.

Market participants are still largely expecting the Fed to raise rates three times this year, beginning with its next meeting in March.

Despite the recent climb in rates, many analysts expect the stock market to be able to absorb the rise as long as economic data remain supportive and the pace of the increase is modest.

Industrial shares climbed 0.59 percent, led by a 3.04 percent gain in Quanta Services Inc (NYSE: PWR) after its quarterly results and a 3.34 percent rise in United Technologies Corp (NYSE: UTX) after the aero parts maker said it is exploring a breakup of its business portfolio.

Advancing issues outnumbered declining ones on the NYSE by a 1.09-to-1 ratio; on Nasdaq, a 1.41-to-1 ratio favored decliners.

Volume on U.S. exchanges was 6.81 billion shares, compared to the 8.44 billion average for the full session over the last 20 trading days.