Disrupt This! Innovation ETFs are storming the market 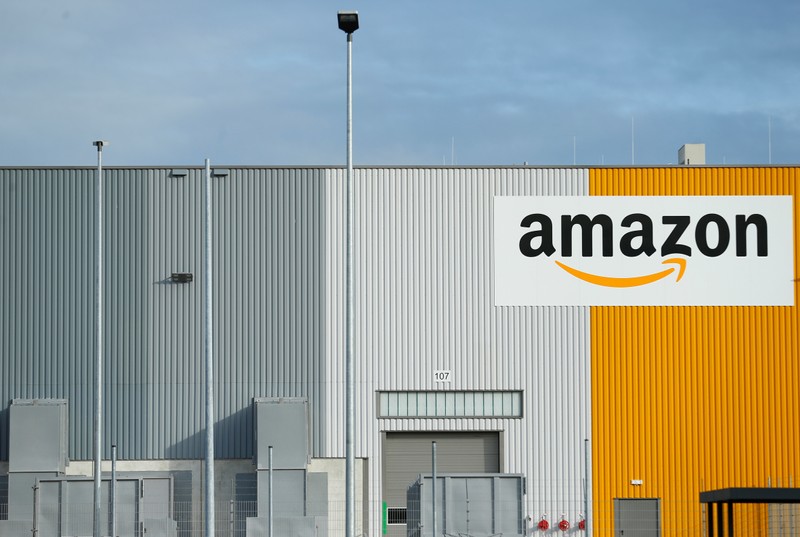 A view of the new Amazon logistic center with the company's logo in Dortmund, Germany November 14, 2017. REUTERS/Thilo Schmuelgen

A growing number of exchange-traded funds are searching for that answer.

Instead of investing in the traditional companies playing defense, they are buying hefty stakes in the firms shaking up the way business was always done.

Most of the early gains from innovative disruptors went to venture capitalists and private equity.

The innovation theme is a particularly timely bet. Just think how many capabilities are contained in a single smartphone, for example, and how that compares to 10 years ago. Indeed, many of the biggest companies in the country, such as Facebook (NASDAQ: FB), did not even exist not so long ago.

"We haven't had so many innovative platforms taking shape since the late 1800s," says Tom Staudt, ARK Invest's chief operating officer. "Back then it was things like internal combustion engines, telephones and electricity. These days massive change is being driven by fields like DNA sequencing, robotics and artificial intelligence, battery storage and blockchain."

You can argue about the riskiness or long-term viability of the strategy, but it is hard to argue with recent results. This year, ARK Invest's offerings have consistently ranked in the top handful of non-leveraged products across the entire ETF universe. ARKK's annualized gains from 2014 through Dec. 1 are 23.6 percent, according to fund tracker Morningstar. Its year-to-date return is an eye-popping 86.5 percent.

Take a look under the hood and you understand why the fund has been on such a run. Top holdings include such famed disruptors as Tesla (NASDAQ: TSLA), Amazon.com and Bitcoin Investment Trust, the latter of which now makes up almost 7 percent of the portfolio.

Most of ARK's products are actively managed, relatively rare in the ETF world, which pushes fees up. ARKK, for instance, clocks in at an expense ratio of 0.75 percent, higher than most of its passively-managed brethren.

The firm now has $2.7 billion under management and five ETFs on the market. One more, launching just this week: Israel Innovative Technologies (NYSE: IZRL), capitalizing on that country's status as an emerging market and tech hotbed.

Different screens, however, can lead to radically distinct portfolios.

Take Knowledge Leaders Developed World. The core thesis of this ETF is that companies which invest significantly in R&D end up outperforming the broader market and powerfully so.

But it also seeks out consumers of exponential technologies as well as producers and companies with a proven record of profitability.

The portfolio ends up with slices of several hundred equally-weighted firms, many of which are from sectors you might not associate with disruptive innovation such as consumer staples, food and beverage, chemicals and industrial machinery.

Another unique approach: since the ETF scours globally for R&D spending, that means "the chips fall where they may," says Vannelli.

The ETF holds a heavy dose of Japan, home to more than a third of total holdings. The fund's year-to-date performance: 26.3 percent, outpacing the S&P 500 by over six percentage points.

It is not just niche money managers who are capitalizing on the innovation theme either. BlackRock's iShares Exponential Technologies now has over $1.5 billion in assets. Its formation was inspired by money manager Ric Edelman of Edelman Financial, who had pressed for an ETF of next-gen technologies for clients.

Many of its top holdings are IT plays, such as Micron Technologies (NASDAQ: MU) and Tencent Holdings <0700.HK>. More than 60 percent of the portfolio is based in the United States, tracking the Morningstar Exponential Technologies Index.

The ETF boasts a one-year return of 37.8 percent and 14 percent annualized since inception in 2015.

A word of caution for investors, however: don't pile too much into disruptive innovation just to chase those juicy returns.

"When people are investing in niche or non-traditional asset classes like this, they have to be very careful - how much money do you have, what are you saving for, what is your tolerance," says Deborah Fuhr, managing director of London-based consultancy ETFGI. "This is riskier stuff - and it's definitely not for everyone."