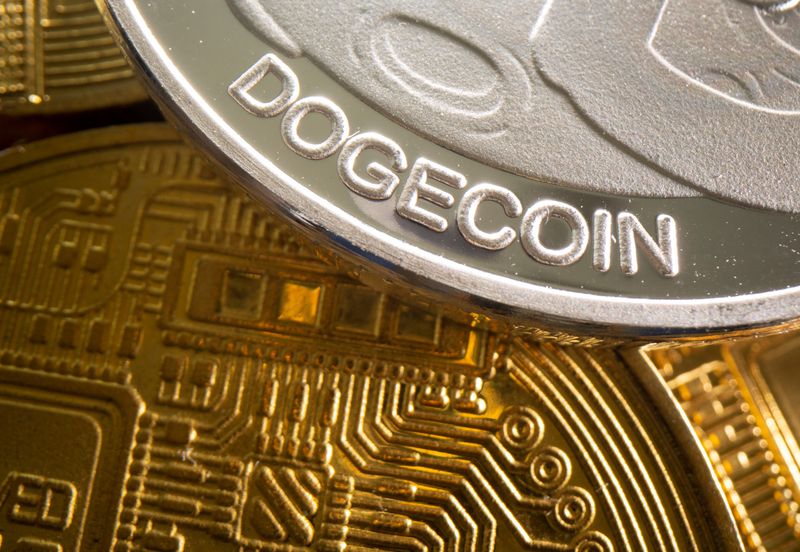 FILE PHOTO: A representation of cryptocurrency Dogecoin is seen in this illustration taken August 6, 2021. REUTERS/Dado Ruvic/Illustration

His mid-December tweet saying such use of dogecoin will be allowed on a test basis sent the cryptocurrency up more than 20%.

Dogecoin, popular among retail investors, raced up 18% to above $0.2 after Friday's tweet.

Musk's tweets on the cryptocurrency, including the one where he called it the "people's crypto", buoyed the meme coin and caused it to soar roughly 4,000% in 2021.