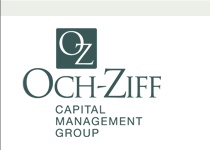 Robert Shafir, Oz Chief Executive Officer, said, âWe believe the suite of strategic actions we are announcing today solidifies Ozâs future, providing long-term stability and setting the firm on a path for continued success. By materially increasing equity ownership by the current partners and taking steps to enhance our capital structure, we expect to be better positioned to serve our clients.â

Mr. Och said, âThe plan announced today is a positive outcome for the firm that underscores our collective focus on aligning incentives across the organization in order to achieve outstanding results for our shareholders and global clients. I look forward to moving on based on my confidence that Oz will be in good hands with Rob and his leadership team.â

Mr. Shafir continued, âDan and the Oz founding partners have built an enduring firm with a culture of collaboration and a deeply rooted investment process that has generated strong risk-adjusted returns for our clients over many years. We appreciate the willingness of Dan and the former executive managing directors to transfer a substantial portion of their equity to further incentivize the firmâs next generation over the long term. We have a deep, long tenured team of over 100 investment professionals, including Jimmy Levin, who leads the investment team, and a seasoned executive team that are well-positioned to continue to deliver for our clients.â

Allan Bufferd, Independent Director and member of the Board since Oz went public, said, âIt is a testament to the current and former partners that Oz has been able to perform through market cycles and has put in place a plan that charts a clear path forward. I would like to sincerely thank Dan for his support of the Company, and for this plan which creates strong alignment with clients and shareholders.â

In connection with this announcement, the Company is filing a Current Report on Form 8-K which includes additional information regarding the plan (including a copy of the Letter Agreement and term sheet entered into by the parties). Capitalized or quoted terms used and not defined in this press release are defined and/or described in the Form 8-K. Additional details about the plan and its impact to shareholders and clients are also included in an investor presentation, which is available at http://shareholders.ozm.com. The Company encourages current or potential shareholders to read the Form 8-K and investor presentation prior to making any investment decisions.

Equity Reallocation
As part of the plan, Daniel Och and the other holders of Class A Units in the Company's operating partnerships will collectively reallocate 35% of their Class A Units to current executive managing directors in the form of a new class of interests entitling holders to future profits and gains. The Class E Units related to this reallocation will fully vest over a multi-year period to ensure the stability and commitment of the Companyâs key senior investment professionals and senior leadership. In addition, the holders of the Existing Preferred will forfeit 7.5 million of their Class A Units which will be reallocated. In conjunction with the foregoing, certain key executive managing directors are expected to enter into certain arrangements with the Company, which will include a reduction in current annual compensation.

Near-Term Debt Paydown and Restructuring to Facilitate Deleveraging
The following series of initiatives are expected to facilitate the deleveraging of the Companyâs balance sheet:

Redemptions by Mr. Och
As of September 30, 2018, Mr. Ochâs balances in the Oz funds were approximately 3% of the Companyâs assets under management. In connection with his transition from the Company, Mr. Och intends to redeem all of his liquid balances in the Oz funds representing approximately 66% of his total balance as of September 30, 2018 (approximately half of which will be redeemed on December 31, 2018). These liquid balances will, subject to certain exceptions, be redeemed by the end of the first quarter of 2019.

Corporate Governance Matters
The plan contemplates a number of corporate governance changes to implement Mr. Och's transition, as more fully described in the Company's Form 8-K. Among other things, the Class B Shareholder Committee is expected to be disbanded and the Class B Shareholders Agreement will be terminated; Mr. Och and the Conflicts Committee will have certain rights to appoint replacement directors to the Company's Board of Directors, if applicable, prior to the 2019 annual stockholders meeting; and certain transition changes will be made to the boards of the general partners of the Oz Operating Group entities, the Partner Management Committee, the firm's internal committees and the boards of the applicable Oz funds, in each case, on the timelines and subject to the occurrence of certain events as described in the Form 8-K. In addition, the plan provides that Mr. Och will resign as a director at the next annual meeting held at least 30 days following Mr. Och's redemptions (subject to Mr. Och's right to designate a director for as long as he continues to own specified amounts of preferred securities or common units).

Conversion to C-Corporation
The Company intends to change its tax classification from a partnership to a corporation effective December 31, 2018; provided that (i) there can be no assurance that such date will be achieved and (ii) the Company will make a public filing confirming the actual date of effectiveness on or before December 31, 2018. In addition, the Company expects to effect a conversion of its organizational form from a limited liability company to a corporation in 2019 in connection with the implementation of the announced plan. Oz believes that a simplified tax structure and entity conversion has multiple benefits, including a broadening of the potential shareholder base and simplifying shareholder tax reporting.

Reverse Stock Split
Following the close of trading on the New York Stock Exchange on January 3, 2019 (the âEffective Dateâ), it is expected that Oz will effect a 1 for 10 reverse stock split of its Class A Shares. Ozâs Class A Shares will begin trading on a reverse split-adjusted basis at the opening of trading on January 4, 2019. Upon the effectiveness of the reverse stock split, every 10 Class A Shares issued and outstanding on the Effective Date will be consolidated into one issued and outstanding Class A Share, except to the extent that the reverse stock split results in any of the Companyâs shareholders owning a fractional share, in which case such shares will be rounded up or down in accordance with the Companyâs Second Amended and Restated Limited Liability Company Agreement.

All outstanding Class A restricted stock units outstanding under the Companyâs equity-based compensation plans, as well as any common units or PSIs in the Oz Operating Group that are outstanding immediately prior to the reverse stock split will also be adjusted by the same 1 for 10 ratio.

The Company has retained its transfer agent, American Stock Transfer & Trust Company LLC (âASTâ), to act as its exchange agent for the reverse stock split. AST will send shareholders of record holding physical share certificates as of the Effective Date a letter of transmittal providing instructions for the exchange of their share certificates. Shareholders owning shares via a broker or other nominee will have their positions automatically adjusted to reflect the reverse stock split, subject to brokersâ particular processes, and will not be required to take any action in connection with the reverse stock split. Please contact American Stock Transfer and Trust Company for further information at (800) 937-5449 or (718) 921-8317.

Timing and Conditions to Effectiveness
The Company expects the strategic actions described in this press release to be completed on or before January 15, 2019.

The restructuring contemplated by the plan described above (other than the reverse share split) are, unless otherwise mutually agreed by the Company and Mr. Och, subject to and conditioned upon, among other things, (i) approval by the holders of a majority of the minority of the holders of Class A Units (which for the avoidance of doubt does not include Mr. Och or any holders of Class A Units that will receive Class E Units); (ii) with respect to the amendment to the TRA described above, approval by the requisite beneficiaries under the TRA; (iii) approval of the senior lenders of the Company and its subsidiaries; (iv) the absence of a material adverse effect on the Company; (v) the execution of definitive release agreements by the applicable releasing parties; (vi) the receipt by Oz Management of a customary solvency opinion; (vii) the Company and its subsidiaries and certain current EMDs entering into binding Management Arrangements regarding commitments, compensation and restrictive covenants that are no less favorable than those set forth in the plan; and (viii) entry into of definitive documentation implementing the recapitalization and related transactions.