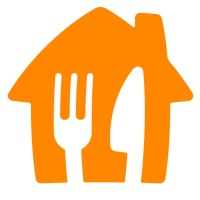 Shares in Just Eat Takeaway (OTC: TKAYF) (GRUB) (JETL: LN) soared by more than 17% on Wednesday after the online delivery service unveiled a new partnership with Amazon (NASDAQ: AMZN) that will see the tech giant take a stake in its Grubhub unit.

The deal, which is set to renew each year, allows Amazon Prime members in the U.S. to have a free one-year subscription to Just Eat's Grubhub+ offering. In exchange, Amazon will receive warrants for more than 2% of Grubhub's fully diluted common equity, along with a further 13% based on Grubhub's future performance.

Just Eat said the agreement will not have an impact on Chicago-based Grubhub's financial performance this year but will add to the unit's earnings and cash flow in 2023.

However, Just Eat added that it remains committed to working with its advisors to explore a "partial or full sale" of Grubhub. The group has reportedly received interest in the division from a number of suitors, including private equity firm Apollo Global Management.

"There can be no certainty that any agreement with any other parties regarding Grubhub will be reached or about the timing or terms of any such agreement(s)," Just Eat said in a statement.

Wednesday's agreement with Amazon comes as Just Eat faces shareholder pressure to sell Grubhub, the delivery company it acquired last year for $5.8B in shares. Investor concerns are rising over the wider group's future profitability, with Just Eat warning of a slowdown in annual customer spending and intense competition from rivals like Deliveroo (OTC: DROOF) and Uber (NYSE: UBER). Just Eat said in April that it will be a year before it delivers any profits.

Meanwhile, aggressive central interest rate hikes aimed at reining in a recent spike in inflation, have undercut the assumptions of cheap capital costs supporting Just Eat's valuation. The company's shares have fallen by more than 80% over a one-year period.